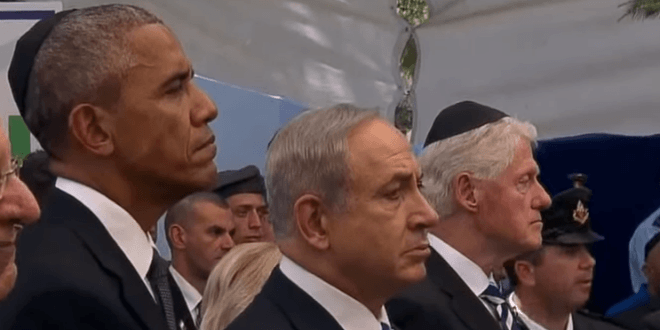 Citing security concerns, US President Barack Obama vetoed for final time the law to move the US embassy from Tel Aviv to Jerusalem.

In   a memorandum to the Secretary of State John Kerry, Obama wrote:

Pursuant to the authority vested in me as President by the Constitution and the laws of the United States, including section 7(a) of the Jerusalem Embassy Act of 1995 (Public Law 104-45) (the “Act”), I hereby determine that it is necessary, in order to protect the national security interests of the United States, to suspend for a period of 6 months the limitations set forth in sections 3(b) and 7(b) of the Act.

This annual presidential custom dates back to 1995, when Congress passed the Jerusalem Embassy Act,  for the purposes of initiating and funding the relocation of the Embassy of the United States in Israel to Jerusalem, no later than May 31, 1999. The act also called for Jerusalem to remain an undivided city and for it to be recognized as the capital of the State of Israel. The law allowed the president to veto for security considerations. Every six months since the law passed, every US president has done so, preventing the move from taking place.

During his campaign, president elect Donald Trump promised  he would move the embassy to Jerusalem. He generated enthusiasm for his campaign last year when he made that promise at a conference of the American Israel Public Affairs Committee (AIPAC), a pro-Israel lobbying group.

Nevertheless, shortly after the election,Walid Phares, a senior policy aide to Trump, seemed to backpedal on this pledge in a BBC interview when he stated the Trump administration would only move the embassy to Jerusalem “under consensus.” He did not define whose consensus he meant, or on what terms.

“Many presidents of the United States have committed to do that, and he said as well that he will do that, but he will do it under consensus,” Phares said.

Using this promise to attract pro-Israel voters and then reneging is an effective campaign poly used by both parties. Both Bill Clinton and George W. Bush vowed to move the embassy in Israel and then vetoed the law when it crossed their desks.

Jerusalem has been the capital of Israel since 1950 and officially annexed the eastern half of the city after unifying it in the 1967 Six Day War.