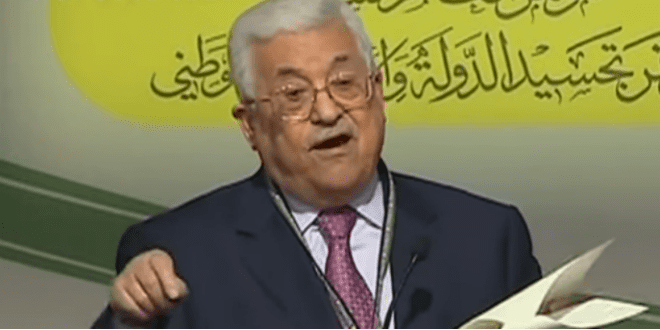 Palestinian Authority President Mahmoud Abbas said in his re-election speech on Wednesday that Palestinian Arabs will never agree to recognize Israel as a Jewish state or compromise on its peace demands, putting Western perception of the Palestinian leader as a “moderate” into question.

Abbas, the leader of Fatah, his political party, declared that the faction would not sacrifice its principles, character, or identity in order to achieve a free, independent Palestinian state, Arutz Sheva reported.

Speaking at the Seventh Fatah Congress in Ramallah a day after he was re-elected, Abbas said that he will not accept temporary borders or interim solutions, but is determined to push for an end to Jewish presence in the West Bank and the implementation of a two-state solution drawn up on the terms of the Arab Peace Initiative, without changes.

He said that Palestinians need only be “patient” as they wait for Israel to inevitably leave its communities in Judea and Samaria, pointing to the 2005 evacuation of Gaza as proof that it is possible and even likely.

Abbas promised his listeners that 2017 would be the “year of the Palestinian state and end of the Israeli occupation.”

Next year, the annual Fatah Congress would be held in Jerusalem, he vowed, calling the city “the eternal capital of Palestine.”

Abbas, who has been lauded by Western leaders as the best partner for peace that Israel has, invited representatives from terrorists groups Hamas and Islamic Jihad to attend the Congress. Both organizations have called openly for the destruction of Israel and routinely plan and carry out terror attacks within the Jewish state.

“We should not kid ourselves. Abbas in his ideology is the number one enemy of the very existence of Israel.”