IDF Soldiers Called Up to Save Lives During Massive Fires

Home » IDF Soldiers Called Up to Save Lives During Massive Fires 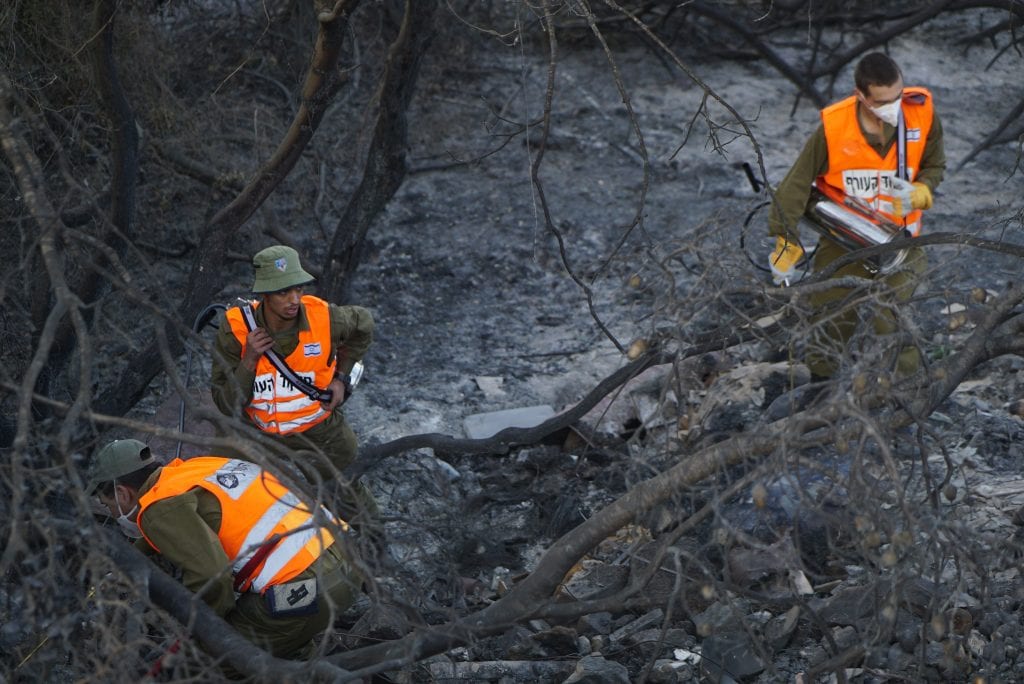 Israel’s latest wave of terror is now known as the “arson intifada”. In less than one week, Arab terrorists have ignited fires throughout the Holy Land causing mass destruction. The Israeli army (IDF) Rescue and Saving Units, called Chilutz v’Hatzalah (חילוץ והצלה), have been called up to assist the brave and exhausted Israeli and international firefighters.

“We are proud of the outstanding coordinated efforts between the Israeli government, the Home Front Command, the firefighters and the [IDF] in working tirelessly to gain control over these disastrous fires,” Anat Gur, Director of Marketing and Public Relations for Yahad-United for Israel’s Soldiers told Breaking Israel News. “No doubt, lives have been saved through these joint endeavors.”

Due to the fires, thus far about 80,000 people have been evacuated from their homes. At least 130,000 dunams of forests have been incinerated and nearly 1,000 homes have been destroyed. Miraculously, there has not been any loss of life.

The fires began in the northern Israeli city of Zichron Yaakov on November 23. Following the hot and dry Israeli summer, it was originally assumed that the flames were randomly ignited by brush fires and the strong winds the country has faced for nearly a week. However, when the number of fires reached 220 across the Holy Land, it became clear that many of the fires had been set by arsonists. To date, over 30 suspects have been arrested for setting or attempting to set various fires throughout Israel.

“The Israeli army trains special units to rescue people from disasters and save lives,” continued Gur. “These units, along with the reservists from these units, have been called up since the city of Haifa was set ablaze and it became clear that not only are all hands needed to get control over this situation but also that these fires are actually acts of terror.”

On November 24, approximately 75,000 people were evacuated from the Haifa area due to the raging fires. About 700 homes in Haifa alone have been damaged, with at least homes 400 uninhabitable.

Many of the reservists have no place to rest and recover from their valiant service since they are far from their homes and not stationed at an army base. “Yahad-United for Israel’s Soldiers maintains houses for soldiers throughout the country to ensure that every IDF soldier has a place to call home,” continued Gur to Breaking Israel News. “These homes are generally used for lone soldiers and soldiers estranged from their families. However, we have opened the doors to every soldier who needs a place to lay their head during this pressing situation.”

Soldier homes are a full service space for warey fighters. Food, housing, entertainment and companionship are all provided. “These soldier homes are maintained through generous funding from Yahad donors,” explained Gur. “Now, more than ever, we must unite in maintaining the welfare of IDF soldiers.”