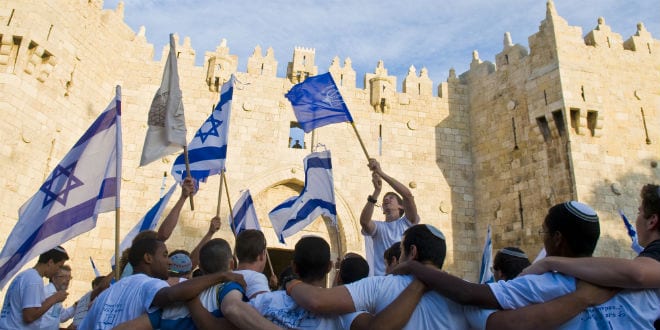 A top foreign policy adviser to President-elect Donald Trump indicated Thursday that some of the hard-line promises the controversial candidate made during his presidential campaign would be re-tooled and softened in the implementation stage, including his pledges to to immediately move America’s Israeli embassy to Jerusalem and to dismantle the Iranian nuclear deal.

Trump had vowed that if he were elected, he would “100 percent” move the embassy from Tel Aviv, a highly political move which would essentially translate to US recognition of Jerusalem as the capital of Israel – something it has, until now, refused to do, ostensibly for fear of angering Palestinians who claim the city as their own.

Trump stuck close to his pledge throughout his campaign, most recently repeating it after two contentious UNESCO resolutions attempted to deny all Jewish connection to Jerusalem and the Temple Mount last month.

“I have said on numerous occasions that in a Trump Administration, the United States will recognize Jerusalem as the one true capital of Israel,” Trump wrote in a Facebook post.

However, Walid Phares, a senior policy aide to Trump, appeared to amend the pledge in a BBC interview on Thursday, saying that the Trump administration would only move the embassy to Jerusalem “under consensus.” He did not define whose consensus he meant, or on what terms.

“Many presidents of the United States have committed to do that, and he said as well that he will do that, but he will do it under consensus,” Phares said.

Should Trump fail to move the embassy or declare Jerusalem to be Israel’s undivided capital, he will join a long line of predecessors who made the same promise on the campaign trail but did not deliver once they took office, preferring to keep to long-standing US policy not to recognize the capital until peace negotiations determine its final status (Palestinians also claim the city as their capital).

On the other hand, failing to fulfill the promise would disappoint many Israelis who see Trump as heralding a new age in US-Israel relations.

Phares also indicated that Trump’s commitment to dismantle the P+5 Iranian nuclear deal, an Obama administration triumph that Trump castigated on the campaign trail, was not set in stone.

“Ripping up is maybe a too strong of word, he’s gonna take that agreement, it’s been done before in international context, and then review it,” Phares said.

Trump called the Iran agreement “the worst deal ever negotiated” and promised to tear it up if he won the election. Now that he has, however, his team has adopted a more cautious tone.

“He will take the agreement, review it, send it to Congress, demand from the Iranians to restore a few issues or change a few issues, and there will be a discussion,” said Phares.

Whatever he does, he will not leave the deal untouched, Phares insisted. “It could be a tense discussion but the agreement as is right now – $750 billion to the Iranian regime without receiving much in return and increasing intervention in four countries – that is not going to be accepted by the Trump administration.”

While his voters might be disappointed – the deal was condemned by both domestic and foreign powers as likely to embolden and empower Iran, rather than limit its ability to go nuclear – others on the international stage will breathe a sigh of relief at the news.

Dismantling the deal would likely strain US relations with its negotiating partners, Britain, France, Germany, Russia, and the European Union, as well as alienate and anger the Iranian regime, experts say.