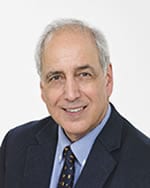 Michael Lynk, the United Nations (UN) Special Rapporteur for Human Rights in Israel, condemned Israel in the press on Thursday for using lethal force when dealing with “alleged Palestinian assailants”.

Lynk told the Agence France-Presse (AFP), the world’s third largest  international news agency headquartered in Paris, “Lethal force is supposed to be used as a last resort and only when there is a legitimate threat to a security officer’s life”.

Lynk brought as an example the case of AvrahamSchlissel, an ultra-Orthodox Israeli who went on a stabbing spree during the Jerusalem gay pride parade in 2005.

“He was actually brought down and wasn’t actually physically harmed in any way,” Lynk said, adding, “If that kind of force can be used to neutralize an attacker with a knife, why can’t that be used with most of the alleged Palestinian assailants in similar circumstances?”

The job of the Special Rapporteur , which Lynk took over in March, is more limited in scope then the name implies. According to the mandate that created the position, the Rapporteur is responsible for reporting alleged human rights violation by Israel but is forbidden from reporting abuses perpetrated by any other government, including the Palestinian Authority. To further complicate matters, due to the blatantly biased nature of the office, Israel refuses to grant visas to those taking over the position.

When asked if he would consider expanding his duties to include reporting human rights violations perpetrated by Palestinian, Lynk said was non-committal, saying, “It is something I am open to and am considering.”

“When you look at the larger picture, with no hope on the horizon for a peace process, with deteriorating economic circumstances, it becomes clear that there is a nexus, a relationship, or a connection between these kinds of attacks — deplorable as they may be — and the much larger economic, social and political circumstances,” Lynk said.’

This is consistent with a claim he made this week at an event at Columbia University. When asked if he was concerned by human rights violations perpetrated by Hamas against the Palestinians in Gaza, he again, blamed Israel, saying, ““Hamas was only an answer, although a radical one, to the belligerent occupation.”

Lynk’s appointment was a result of pressure from the Arab nations at the UN. Hillel Neuer, executive director of UN Watch, a watchdog organization in Geneva, criticized the decision, noting that Lynk refers to Israel as an apartheid state and openly calls for dismantling the Jewish State.

“The UN’s selection of a manifestly partisan candidate — someone who three days after 9/11 blamed the West for provoking the attacks on the World Trade Center — constitutes a travesty of justice and a breach of the world body’s own rules,” Neuer said in his statement.