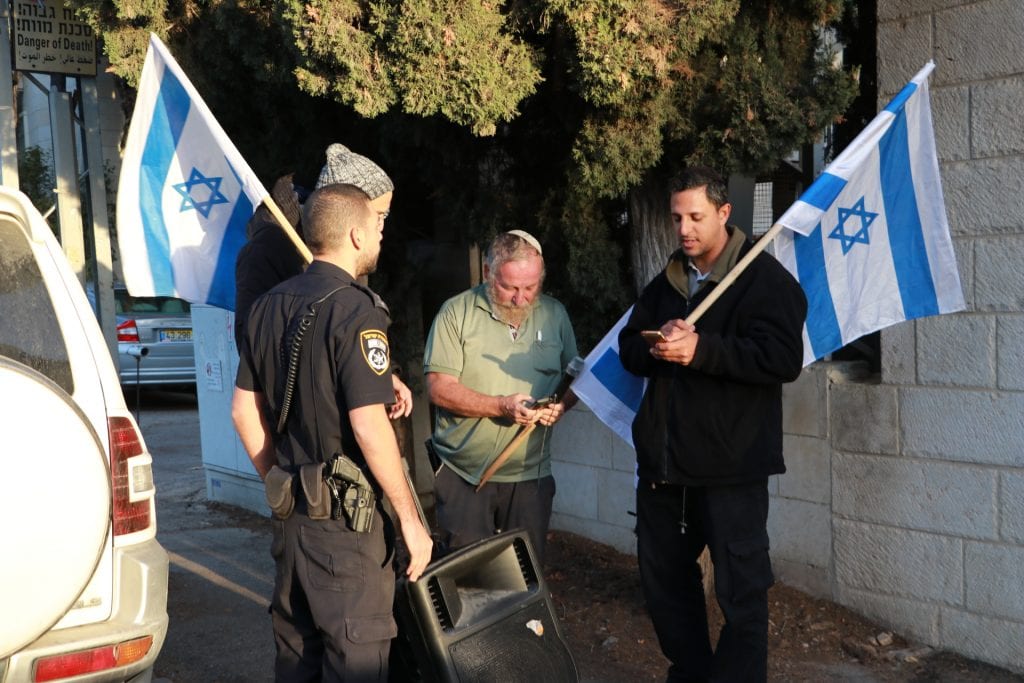 Residents of Pisgat Ze’ev, an eastern neighborhood of Jerusalem, emulated a muezzin call early Thursday morning in front of the Beit Hakerem residence of Jerusalem Mayor Nir Barkat to protest ongoing disturbances from Muslim calls to prayer emanating from the Shuafat, Beit Hanina  and A-ram neighborhoods.

“There is a ‘noise regulation’ law in Israel restricting the amount, duration, source and timing of noise [in the public sphere] and the muezzin calls are an infringement on that legislation,” said right-wing activist and member of the Jerusalem City Council Aryeh King, to Tazpit Press Service (TPS).

“Over the last year, the muezzins have ramped up the volume to insane levels, not only for [prayer calls] but also of weddings and other celebrations,” he stated.

King said that in 2015, the Jerusalem City Council budgeted half a million shekels to enforce those regulations and to find technological solutions to resolve the issue. However, in October 2015, Mayor Barkat decided to reallocate this money for other pressing matters.

“I tried to convince him [Barkat] not cut the budget, and he promised to redistribute the funds on that issue during 2016. But a year has gone by and nothing has been done, which is why we decided to protest,” said King to TPS.

The activists came at 6am to perform the muezzin call and claimed that they actually showed consideration to Barkat and the neighbors by not doing so at the actual time that they are routinely woken up.

“This morning we had to shatter the tranquility of Beit Hakerem in Jerusalem as part of our struggle with the muezzin noise [with] loudspeakers in order to emulate the sounds mosques disturbing thousands of families in the various neighborhoods of Jerusalem,” said Yossi Davidoff, one of the organizers.

Police removed the protesters after a few minutes.

King said that the Arab community suffers from this issue no less than their Jewish neighbors.

“I brought Arab residents to testify at the Knesset and they have said the same thing ‘you live 500 meters away from the loudspeakers, but we live only 5 meters away,'” he recounted.

“There are three parties who have jurisdictions to deal with this issue on their own – Ze’ev Elkin’s Ministry of Environmental Protection, Jerusalem Mayor Nir Barkat and Minister of Public Security Gilad Erdan,” King said.

Gilad Erdan recently gave a countrywide order for the police to enforce the noise regulation law and on Wednesday, Nir Barkat charged Amnon Merhav, Jerusalem Municipality General Director, with the task of  formulating a plan with the collaboration of the police to effectively regulate and supervise compliance with said law.

“Anybody who has not been woken by the muezzin in the morning or in the evening will never understand how annoying it is,” he stated.  “This will not be our last protest in front of the Mayor’s house.”

Andrew Friedman contributed to this article.