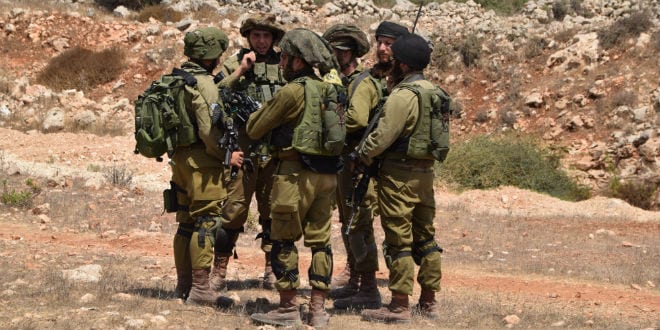 A woman driving home on Saturday night in Judea was shot at near the spot where her husband was killed 15 years ago.

Dr. Shmuel Gillis  was killed in shooting attack on Highway 60 in 2001. His widow, Ruth, was driving to her home in Karmei Tsur in Gush Etzion on Saturday night, when terrorists shot at her car. She was uninjured in the attack. The IDF is still searching for the attackers.

“I was just at the exit from Karmei Tzur on my way to Route 60, when I see a masked terrorist in front of me, shooting at me with a weapon,” Gillis told Ynet News. “I saw the terrorist clearly. I immediately drove toward Gush Etzion Junction where I alerted security forces, who started scanning (the area). It’s a bad feeling, this thing is a very serious event. I thank the almighty; a miracle happened here.”

This was the second terror attack in 24-hours. Friday night at a checkpoint near Ofra in Shomron, a Palestinian tried to run over IDF troops. The soldiers opened fire, at which point the terrorist exited his vehicle and ran at the soldiers with a knife. The soldiers shot the terrorist, wounding him seriously. No soldiers were hurt in the attack.

The checkpoint had been set up in response to shots being fired at Ofra earlier in the day.

On Friday morning, a 23-year-old Palestinian was arrested near in Hebron near the Cave of the Patriarchs with a large knife. Under interrogation, the Palestinian told police he intended to carry out a stabbing attack.

On Wednesday night, two-eight-year old Palestinian children were stopped outside the Gush Etzion settlement of Migdal Oz carrying knives. The two boys told police they were given the knives, driven to the site, and told to carry out an attack. The boys were returned to their families since they are underage. Children from the West Bank can be imprisoned for attempted attacks from the age of 12.

“When two 8 year old children are sent on a mission to attack Israeli civilians it is clear that the hateful rhetoric that echoes within Palestinian society abuses even the most vulnerable of minds,” Lerner wrote.

This evening #IDF apprehended 2 eight years old!!! Palestinians w/ knives on their way to Migdal Oz, to carry out an attack #ShareIfYouCare pic.twitter.com/aFlx7mnlxr