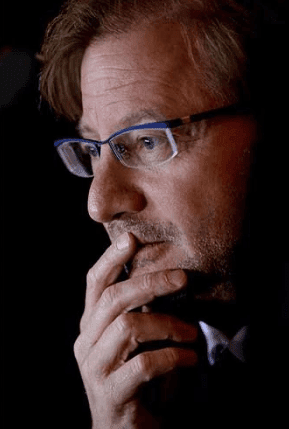 Mexico’s new ambassador to UNESCO in Paris, Andrés Roemer Slomianski, was fired over his reluctance to cast a ballot in favor of the recent UNESCO resolution denying the Jewish connection to the Temple Mount and Western Wall on Friday. An official statement from the Mexican government said he was fired “for not having informed diligently and with meticulousness of the context in which the voting process occurred, for reporting to representatives of countries other than Mexico about the sense of his vote, and for making public documents and official correspondence subject to secrecy.”

Slomianski, 52, the grandson of Ernesto Roemer, a Viennese conductor who escaped from the Nazis, walked out of the hall on Friday because he couldn’t bring himself to obey his government’s instructions to support the blatantly anti-Semitic, Arab-drafted resolution denying Jewish ties to Jerusalem’s Temple Mount and the Western Wall, UN Watch reported Monday. Mexico was one of 24 states that supported the resolution, casting its vote via one of Roemer Slomianski’s deputies.

However, on Tuesday Mexico said it would change its vote to an official “abstention” in recognition of the “undeniable” Jewish cultural heritage in Jerusalem.

While initially the move was expected to trigger a special clause allowing it to demand a recast vote in order to change its decision, Mexico later backed away from its intention to call for a new vote under pressure from Western states. No new vote will be held.

Israel’s ambassador to UNESCO, Carmel Shama-Hacohen, saw Mexico’s move, while a little too late, as a good sign. “Mexico has taken a full step toward abandoning support of the Palestinians, after years of voting without hesitation against Israel,” Sharma-Hacohen said.

“We have moved forward a step-and-a-half toward dismantling the automatic majority that the Palestinians and the Arab states have against Israel.”

The UNESCO vote was met with strong international condemnation, as well as criticism from within the United Nations body itself.

UNESCO Director-General Irina Bokova said she intends “to fight intolerance and contemporary forms of anti-Semitism, including those which seek to delegitimize the State of Israel.” Even departing UN Secretary-General Ban Ki-Moon, never a friend to Israel, reaffirmed “the importance of the Old City of Jerusalem and its Walls for the three monotheistic religions” and stressed “the importance of the religious and historical link of the Jewish, Muslim and Christian peoples to the holy site.”