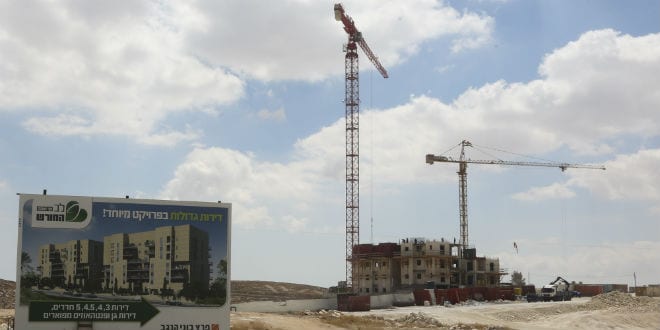 In an angry and strongly-worded condemnation of Israeli plans to build 300 housing units in the Samarian community of Shiloh, the US State Department on Wednesday invoked the memory of recently deceased former president Shimon Peres in an apparent attempt to shame Israel into halting construction.

“It is disheartening that while Israel and the world mourned the passing of President Shimon Peres, and leaders from the US and other nations prepared to honor one of the great champions of peace, plans were advanced that would seriously undermine the prospects for the two-state solution that he so passionately supported,” read the statement, made by Spokesman Mark Toner.

The statement referred to a plan, approved last week by the Civil Administration’s Planning Authority, to construct 98 new housing units in Shiloh, with an additional 200 units slated for a later date.

Shiloh, located in the Biblical heartland of the Samarian hills, was originally settled in 1979 next to the ancient archaeological site of the same name which marks the first resting place of the Biblical Tabernacle. Modern Shiloh has a population of approximately 3,500 people. The Obama Administration overlooked the fact of its long establishment, calling the ancient site “a significant new settlement deep in the West Bank.”

Effectively accusing Israel of attempting to hide the expansion, the Obama Administration, which has been sharply vocal against “settlements”, said that the loophole of “retroactive authorization” does not disguise the fact that “this approval contradicts previous public statements by the Government of Israel that it had no intention of creating new settlements.”

The administration also used the recently-signed military assistance bill, which will see America giving Israel $38 billion in defense aid over the next decade, in an attempt to guilt Israel for its actions, calling it “deeply troubling” that in the wake of concluding the unprecedented agreement, Israel would “take a decision so contrary to its long-term security interest in a peaceful resolution of its conflict with the Palestinians.”

The connection made by the State Department essentially indicates that the Obama administration believes Israel should view the American aid as carrying a caveat which would force Israel to toe America’s anti-settlement line.

Once more, the US government held to its position that settlements are the single largest impediment to peace between Israel and the Palestinians, declaring that “Israelis must ultimately decide between expanding settlements and preserving the possibility of a peaceful two-state solution.”

Proceeding with the building of some additional housing units in an existing community on Israel’s land, the statement concluded, is a further expansion of Israel’s “perpetual occupation.”

The plan is “another step towards cementing a one-state reality of perpetual occupation that is fundamentally inconsistent with Israel’s future as a Jewish and democratic state,” the State Department accused.

The statement ended with an obscure warning that the move would “distance Israel from many of its partners”, though it stopped short of saying that it would directly harm US-Israel relations.