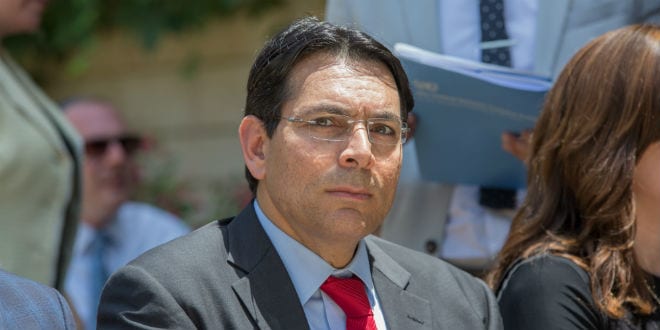 Israel’s Ambassador to the United Nations Danny Danon announced a diplomatic offensive on Monday, to prevent international financial assistance to the Palestinians from falling into the hands of Hamas.

“The UN and other international organizations must put an immediate end to the exploitation of their funds and resources by Hamas,” Danon said.  “We will not relent until the UN and other aid organizations begin to track and follow every dollar that enters the Gaza Strip.”

“Israel welcomes the contributions of the donor countries and places great importance on these efforts,” said Danon.

Danon also noted that he has asked UN Secretary General Ban Ki-Moon for assistance in creating oversight mechanisms to prevent such transfers from recurring, but Ban’s office told Tazpit Press Service (TPS) that the world body has sufficient controls in place.

“The UN has safeguards in place to track all the aid money it distributes, in Gaza and elsewhere,” Ban Ki-Moon’s office told TPS via email. “We will continue to follow this particular investigation and will respond accordingly.”

Insisted Danon, “The international community cannot continue to believe that it is funding greenhouses while its money is really going towards digging tunnels and purchasing weapons.”