Despite Earlier Denials, Arch From Temple of Ba’al to Stand in NYC

Home » Despite Earlier Denials, Arch From Temple of Ba’al to Stand in NYC 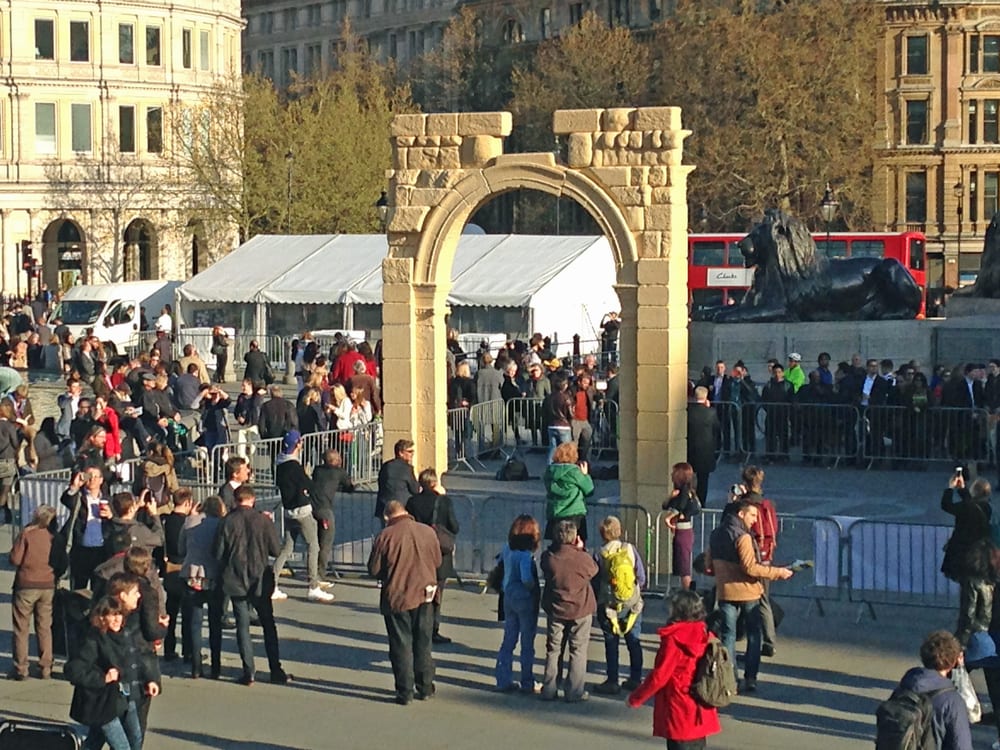 Despite initially cancelling plans to erect a reproduction of the Victory Arch that stood for 1,800 years in front of the Temple of Ba’al in Palmyra, the Institute for Digital Archaeology (IDA) has announced they will recreate the arch destroyed by the Islamic State (ISIS) in New York City’s City Hall Park on September 19th.

The original arch, built in the third century was a major archaeological site and one of Syria’s  biggest tourist attractions until it was destroyed by ISIS in October 2015. The arch was built by Roman Emperor Septimius Severus in front of a preexisting temple that was used to worship the pagan god, Bel, mentioned often in the Bible as Ba’al.

For he built again the high places which Chizkiyahu his father had destroyed; and he reared up altars for Baal, II Kings 21:3

In March, the Institute announced they would be erecting full-size reproductions of the arch in London’s Trafalgar Square and New York City’s Time Square for the UNESCO Heritage Week. The 15-meter tall full-size reproduction is made using proprietary 3-D printing techniques. The IDA is recreating the partially destroyed arch as a showcase for new technology and,  ironically, as a symbol of protest against religious extremism.

The reproduction did go up in London as planned on April 19 during UNESCO Heritage Week, which coincided disturbingly with Beltane, a major pagan festival for worshiping Ba’al. The New York presentation was reportedly cancelled, but has now reappeared.

The IDA announced the upcoming exhibit on its website.

“There are few cities in the world as much defined by their architecture as New York.  The Empire State Building, the Statue of Liberty, the Brooklyn Bridge — all symbols of the audacity, strength, technical prowess, diversity and optimism of what Ezra Pound called ‘the most beautiful city in the world.’ It is also a city that has known terrible loss — first and foremost the loss of life, but also the loss of familiar landmarks that helped inform the city’s identity.  The Triumphal Arch, a symbol of resilience in the face of loss, will be a fitting tribute to America’s great metropolis. The arch will stand in City Hall Park, surrounded by buildings adorned with classical features suggesting the common cultural roots of East and West. We hope that you will visit us this fall to consider the relationship between people and the places they inhabit.”

The announcement failed to specify the main aspect the destruction of the Palmyra Arch and New York City’s architectural losses have in common: Islamic extremism.

In an article on the upcoming event, Hebrew Nation Radio made a disturbing connection. The original arch was built commemorating the Roman victory over Partha. Many of the Parthans were from the remnants of the Ten Tribes of Israel.

“So the original purpose of this arch was to celebrate victory over the demise of the Northern kingdom, the 10 tribes of the house of Israel, aka Joseph/Ephraim,” wrote Hebrew Nation. “Is that really something that we want to put up in New York?”