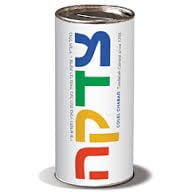 The Bible is replete with commandments reminding us to “Love your neighbor as yourself” (Leviticus 19:18) and to “freely open your hand” (Deuteronomy 15:8). To fulfill these commandments, most Jews to keep a small charity box, called a “pushka” in Yiddish, in a prominent place in their home. Colel Chabad, Israel’s oldest charity, now hopes to spread the custom by distributing free pushkas to anyone who asks.

Israel’s oldest charity feeds the hungry, helps the sick, endows poor brides and educates children in the Holy Land. Now it plans to help others do good deeds as well.

“Jewish tradition believes that actions have a much stronger influence on a person than intellectual knowledge,” Rabbi Shmuel Lipsker, administrator of Colel Chabad, told Breaking Israel News. “Making a daily habit of giving even a small coin to charity every day reaps lifelong blessings.”

The Jewish word for charity is tzedakah. However, a more accurate translation for tzedakah is to “do the right thing”, which is a constant Godly commandment (mitzvah). In contrast, charity is the idea that one is doing a nice act when one feels like it.

The sages teach that the greatest way to recognize God as Master of the World and elevate one’s soul is through giving tzedakah. Maimonides, a 12th century rabbi and great scholar, taught that the amount one gives is unimportant. What matters is that giving should be a daily practice in order that “the hand should be trained to habitually help others”.

It is accepted Jewish tradition to give at least a tenth of their take-home income to tzedakah, and even up to a fifth is considered praiseworthy.

“God is the owner of everything in the world,” continued Rabbi Lipsker. “Therefore, He entrusts people with worldly possessions in order that they should share and use them for the good of others.”

The earliest record for placing a pushka in a highly visible place to remind people to give tzedakah dates back to the First Holy Temple in Jerusalem in 957 BCE. The High Priest at that time put a charity box at the Temple’s entrance in order to collect contributions for its upkeep.

The idea of keeping a pushka in one’s immediate vicinity is described by Judaism’s greatest rabbis as a way to elevate one’s space, time and soul.

In the early 1970s, following several terror attacks in Israel, Rabbi Menachem Mendel Schneerson, one of the leaders of the Jewish Chabad movement, expressed deep concern for the wellbeing of people throughout the world. He called upon Jews worldwide to intensify observance of several mitzvot, including tzedaka, that sages say have the power to add physical and spiritual protection. He also stated that a pushka in a home or office redefines the entire space, turning it into a center of kindness and caring.

Rabbi Israel ben Eliezer, an 18th century sage also known as the Baal Shem Tov, taught that one should not let a day go by without an act of giving. This would elevate the time in a person’s day as well as his soul.

“Tzedakah is one of the precepts noted in the Talmud that has the power to protect us from harm and prolong our life,” explained Rabbi Lipsker to Breaking Israel News. “The merit of these good deeds protects not only the giver but the world overall.”

In fact, Rabbi Schneerson compared the giving of tzedakah to a protective helmet. Although a helmet does not guarantee its wearer will not be harmed, it does greatly increase the chance for protection when needed and might even save a life.

In order to receive the full empowerment of a pushka, Colel Chabad suggests that it be displayed prominently in one’s home or office as a reminder to give at least one coin daily to tzedakah. Once the pushka is full, the money should be counted and a check or debit card may be used to donate the sum to a favorite charity. Then the pushka will be empty and ready to be refilled once again.