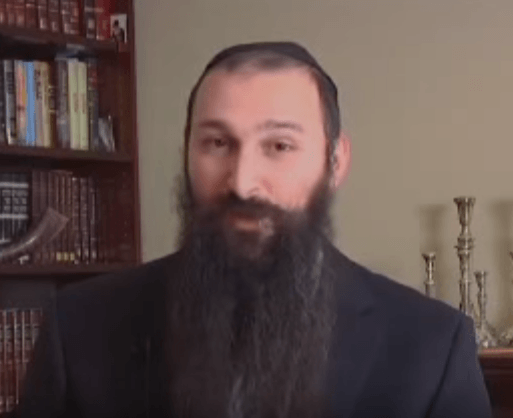 Rabbi Alon Anava, a proponent of educating people about the potential threat of Nibiru, said last week that the dwarf star some believe is poised to destroy two-thirds of the world’s population in anticipation of the End of Days is the cause of recent extreme weather events. End of Days blogger Menachem Robinson told Breaking Israel News that Nibiru will “make its closest approach” to earth within the next few weeks.

Following a recent lecture about the arrival of Moshiach (Messiah), Rabbi Anava ascribed the dramatic uptick in monsoons, tsunamis, earthquakes, volcanoes and other extreme weather events to the approach of Nibiru.

Speaking of the already-felt impact of Nibiru, Rabbi Anava mentioned a case from several months ago when some space debris, supposedly from Nibiru, fell into the ocean 640 miles off the coast of Brazil. “They say it entered into the atmosphere at the speed of 46,000 miles per hour. Can you imagine? Crashed into the ocean [with] the impact of 12,000 tons of TNT. That’s the power of the bomb that was dropped into Hiroshima.”

He ascribed a desire to avoid the damaging effects of Nibiru to the fact that the US government has moved the headquarters of major federal offices such as the U.S. Federal Reserve and the CIA to the center of the country.

It’s clear that Rabbi Anava is speaking about Nibiru, even though he calls it Planet X. It’s a mistake many people make.

Robinson, who has written extensively on Nibiru, told Breaking Israel News, “For decades astronomers believed, mostly because of gravitational anomalies on the planets in our solar system, that there was a tenth planet (after Pluto was designated as the ninth planet in our solar system). The tenth planet was named Planet X, X being the Roman numeral for 10.”

But Nibiru and Planet X “are two different heavenly bodies completely, and are not even in the same solar system,” he emphasized.

“I have no idea where the 10th planet is, but it is not the threat that we are facing now. Nibiru and its accompanying solar system is the system that will cause havoc to the world,” Robinson said.

According to Rabbi Anava, Nibiru is merely one End of Days scenario that God could potentially implement. “It’s one of the surprises Hashem (God) can pull out of His pocket. It might not do anything. There are clear prophecies talking about rocks of fire, but any bad prophecy can be reversed. HaKadosh Baruch Hu (The Holy One, Blessed Be He) prepared it.

“You know how HaKadosh Baruch Hu did the flood in the time of Noach (Noah)?” Rabbi Anava asked his audience. “He moved one of the planets a little bit. That caused the flood to happen.

“God can do whatever He wants. He can move a planet, put it back in. We have to be aware that there are different scenarios. Hashem prepared all options.”

Jewish thinkers aren’t the only ones searching the skies. The two men also say that the Vatican has an interest in tracking Nibiru. “[T]he Vatican is interested in Nibiru as the star that will bring Moshiach (many places in the Bible, but especially the Star of Jacob mentioned [in Numbers 24:17]),” asserted Robinson.

Rabbi Anava said that the Vatican began looking for Nibiru 500 years ago. The Vatican’s interest in astronomy is well-established. It supports an official Vatican Observatory, formerly located in Italy and now in partnership with the University of Arizona.

How did the Vatican astronomers know to look for such a thing five centuries ago, before NASA and before advanced telescopes? Rabbi Anava claimed that they based their search on Jewish sources, including the Books of Ezekiel, Jeremiah and the Zohar (one of the most important books of Jewish mysticism) which mention a planet of fire coming before Moshiach.

“It’s pointless to prepare physically,” Rabbi Anava advised. He told his listeners that the best course of action is to prepare spiritually, by learning Torah, doing acts of kindness, doing mitzvot (God’s commandments) and not worrying.

One place where the two Nibiru watchers disagree is in the timing. Robinson told Breaking Israel News, “When will star Nibiru with its solar system make its closest approach (including millions of miles of debris, such as asteroid, meteors, rocks, the fire and brimstone in the Bible)?  It is so close that it should occur within a couple of weeks. Yes, Moshiach, who is already here, will be announced with the worldwide redemption before Rosh Hashanah (the Jewish New Year, which begins this year at sundown on Sunday, October 2).”