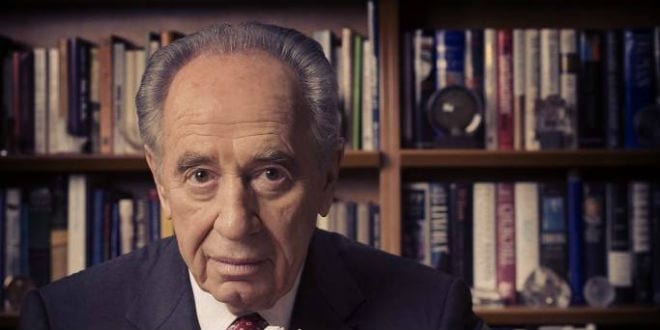 Shimon Peres, a former prime minister, defense minister and Israel’s ninth president was hospitalized Tuesday evening after suffering a stroke. He was taken by ambulance to the Sheba Medical Center in Ramat Gan where he was initially listed in fair condition, but his health continued to deteriorate. Peres, 93, is currently in critical but stable condition.

Spokespeople for the the beloved former president said Peres has been put in an induced coma with sedation and placed on a respirator in order to  facilitate continued treatment.

By Wednesday morning, Peres’ condition stabilized, though it is still serious. His son-in-law and personal physician, Dr. Raphi Walden, has said there is “no immediate danger to his life”, Army Radio reported.

Israelis leaders expressed their prayers for a full recovery. “I am following reports from the hospital with concern and praying together with the entire nation for the recovery of my friend Shimon,” said Peres’ successor and current President Reuven Rivlin.

Prime Minister Benjamin Netanyahu and Opposition Leader MK Yitzhak Herzog all sent wishes to the ailing former president and said that the entire country was praying for a speedy recovery.

“Shimon, we love you, and the entire nation hopes for your recovery,” Netanyahu wrote on Twitter in Hebrew.

“There was nothing more important to my father than Israel and its people. My father is one of a kind, I am praying for him and ask all those who pray to continue to pray with us. We thank everyone for your love and care,” he said in a statement outside of the hospital.

Peres’ three children are with the former statesman at the hospital, along with grandchildren and great-grandchildren.

Michael Zeff and Abra Forman contributed to this report.