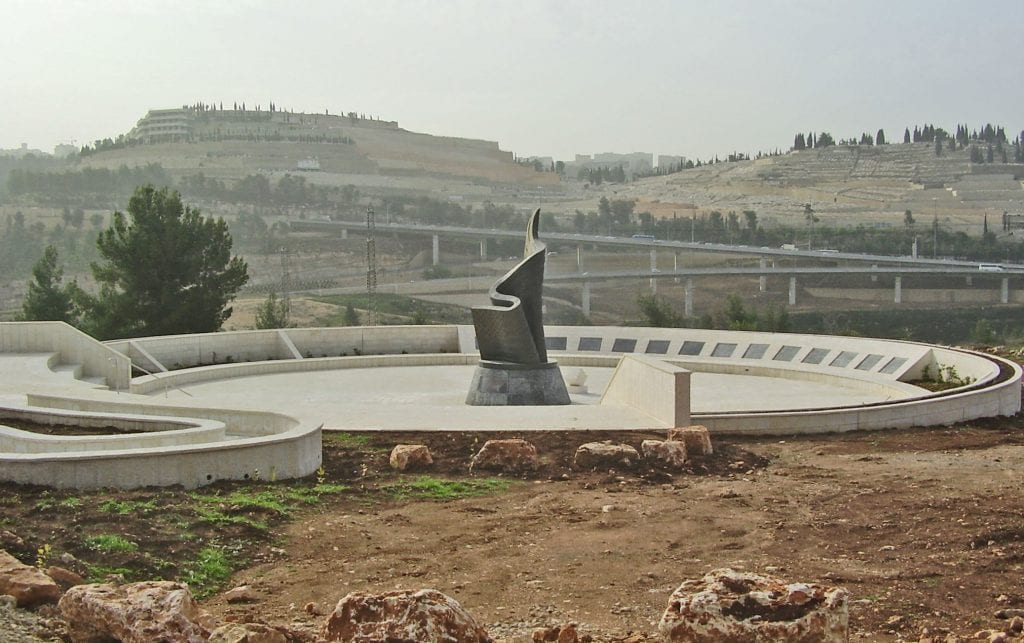 The US Embassy in Israel marked the fifteenth anniversary of 9/11 in Jerusalem on Sunday morning with a solemn ceremony, held at Israel’s 9/11 Living Memorial site.

The event, held in partnership with KKL/Jewish National Fund – JNF, featured speakers from the US Embassy, including US Ambassador Daniel Shapiro, the JNF, and family members of Israeli victims of the deadliest terror attack on American soil.

A coordinated attack by Islamic terror group al Qaeda, the 9/11 tragedy took the lives of nearly 3,000 Americans on September 11, 2001. Four passenger planes were hijacked by 19 al Qaeda terrorists early on that Tuesday morning. Two were flown into the World Trade Center twin towers in New York City, both of which collapsed; one crashed into the Pentagon in Virginia; and the fourth was headed towards Washington, DC but crashed into a field in Pennsylvania after passengers tried to take control of the plane back from the hijackers.

Nearly 3,000 died and 6,000 were injured as a result of the attacks, and the World Trade Center was virtually demolished, leaving a smoking ruin in downtown New York.

While all of the speakers spoke about the devastation of the day, many speeches were laced with messages of hope and courage. Shapiro’s speech, movingly personal, paid special tribute to the heroes of 9/11, including the passengers of Flight 93.

“I was on Capitol Hill, which we learned later was the likely target of the fourth plane, United Flight 93,” he said. “Once the passengers and crew understood what was happening, and what had already happened on the other doomed flights, they courageously fought back, and against all odds, managed to steer our nation away from further tragedy.

“Even as they perished, and their families suffered irreparable losses, they saved others. I might have been among those they saved.”

At each year’s memorial ceremony, he continued, he makes sure to spend time with the heroes of Flight 93, whose names are etched on the memorial, and thank them.

Israel’s site dedicated to the memory of the 9/11 victims, called the 9/11 Living Memorial, sits on five acres of land in the Jerusalem hills. Partly created from a piece of wreckage from the World Trade Center, the memorial is a thirty-foot bronze American flag which tapers into a memorial flame.

Its base is made of a metal remnant from the remains of the towers, sent to Israel by the City of New York for the purpose of the monument.

It is unique in that it is the only 9/11 memorial outside of the US which lists the names of all those killed in the attack, along with their countries of origin. The list includes five Israelis.

Jerusalem mayor Nir Barkat’s speech invoked the strength and unity that came out of 9/11. “The strategic goal of the terrorist who killed thousands on that fateful day in September was to destroy our way of life,” he told attendees. “They failed. They failed in New York, and they failed in Jerusalem. They failed in Paris and Brussels and around the globe. Hatred did not win fifteen years ago. Hatred does not win today.”

Prime Minister Benjamin Netanyahu opened Sunday’s weekly cabinet meeting with remarks in remembrance of 9/11, giving his assurance that Israel stands shoulder-to-shoulder with “our greatest ally, the United States of America.”

“Our memories are long, our determination is boundless,” he said in reference to defeating the militant Islamic terrorism which “spreads fear, dread and murder around the world.”