Netanyahu, Abbas Blame Each Other Over Failed Russia Meeting

Home » Netanyahu, Abbas Blame Each Other Over Failed Russia Meeting 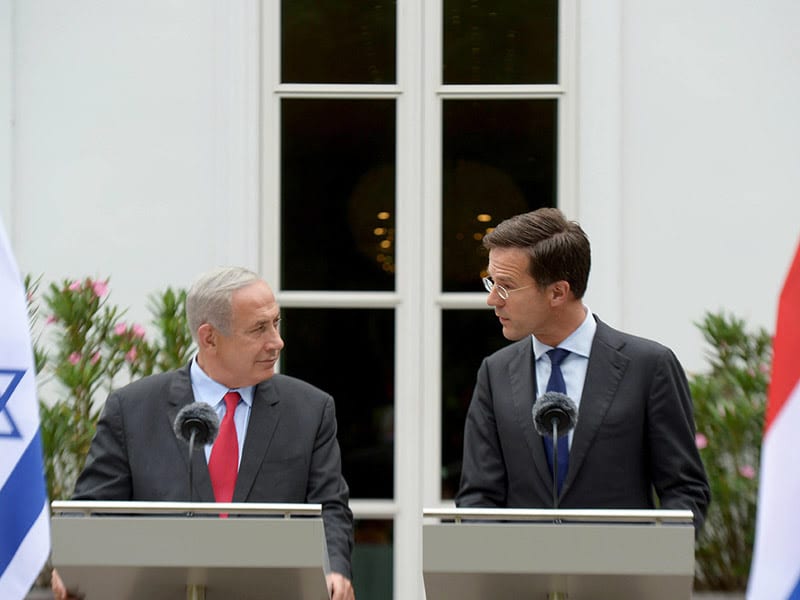 Israeli Prime Minister Benjamin Netanyahu and Palestinian Authority (PA) President Mahmoud Abbas each said Tuesday that they were prepared accept a Russian invitation to host talks ahead of resumed peace negotiations, but both quickly added they would not actually attend the talks because of intransigence on the other side.

Russia has taken a renewed interest in Israeli-Palestinian talks throughout 2016. Mikhail Bogdanov, Russian President Vladimir Putin’s Special Envoy for the Middle East, visited Israel and the PA earlier this week and proposed a meeting in Moscow on Friday, September 9.

After meeting Bogdanov, Netanyahu stressed that he has been pressing Abbas to meet face-to-face and without preconditions for nearly seven years, but that the Palestinian leader has consistently refused.

“The main question is whether Abbas is prepared to meet without preconditions. Palestinian spokespersons made it clear that they are ready to meet but they have conditions – releasing prisoners, they want to know if the talks will have results, etc,” Netanyahu said in a joint press conference with Dutch Prime Minister Mark Rutte during a state visit to Holland.

However, the Palestinian leader insisted that Netanyahu was to blame for the aborted meeting.  “President Putin has proposed a meeting on September 9 in Moscow. I agreed to this and I was to go to Moscow directly from here,” he said on Tuesday during a visit to Poland. “Unfortunately Prime Minister Netanyahu’s representative asked President Putin’s representative to postpone the meeting for later, so there will be no meeting.”

Pinchas Inbari, an analyst at the Jerusalem Center for Public Affairs and a veteran commentator on Palestinian affairs, told Tazpit Press Service (TPS) that there is no chance of the meeting actually taking place.

“This is a ‘blame-game,’ in which each side wants to blame the other,” Inbari said. “Netanyahu definitely wants to meet, but Abu Mazen does not,” he said, referring to Abbas by his popular nickname. “This is because the Palestinian’s prefer to focus on the French initiative, according to which international community would dictate an Israeli withdrawal to the 1967 borders.”

The pre-1967 borders, also known as the 1949 armistice line or the ‘Green Line,’ separates Judea and Samaria from the rest of Israel and are often cited as the basis for a peace deal between Israel and the Palestinian Authority.

“Abu Mazen sees any other initiative as a diversion from this clear agenda, and the plan in Moscow is said to be opposite to it,” explained Inbari. “Abu Mazen definitely does not want a bilateral meeting with Netanyahu, but the Palestinians will not tell that directly to the Russians. So they say they are ready to meet but that they first want Israel to freeze settlements and complete the prisoner release deal that was stuck at its fourth phase in the Kerry initiative. Of course Israel cannot agree to this.”

During the previous talks mediated by U.S. State Secretary John Kerry in 2014, Netanyahu authorized the release of dozens of Palestinian terrorists from Israeli prisons in four batches. Israel canceled the release of the fourth batch, claiming that the negotiations were not making any progress and that the Palestinians had violated the terms of the talks. Releasing the fourth group has since been one of Abbas’s preconditions for resuming talks.

Inbari went on to claim that the Russians are fully aware that their efforts to kickstart talks are futile, but they are proceeding with the effort in order to achieve a larger goal: Replacing the United States as the primary regional broker.

“After the Russians entered Syria, and now that they are being wooed by Saudi-Arabia, by also taking on the role of mediating between Israel and the Palestinians they are essentially trying to replace the United States in the Middle East. Since they are committing war crimes in Syria, they are hoping to get legitimacy and positive media attention for acting to solve the Palestinian problem. It improves their image, but they don’t believe it will bear results,” Inbari concluded.