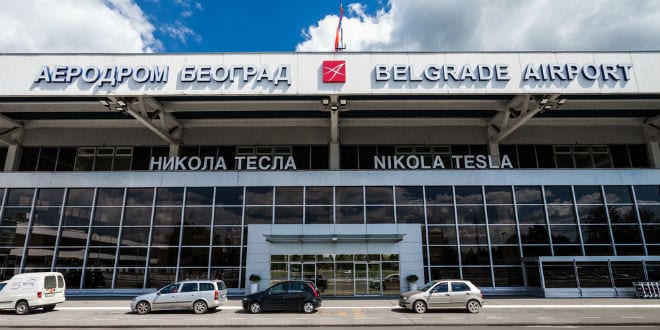 Israeli passengers waiting at Belgrade International Airport in Serbia to return home to Tel Aviv last month were shocked to hear an announcement that a “flight to Palestine” was ready to board at gate C3.

“Passengers for flight 816 with service to Palestine, please come to gate C3,” an airport employee announced over the PA system.

“She repeated this several times,” one of the passengers on the Air Serbia flight told Ynet.

The passenger, along with several other Israeli travelers, immediately approached the desk at the gate to complain and demand that the announcement be corrected. They were informed by the manager that the flight “was to Tel Aviv, not Israel.”

The Israelis told Serbia Air they would not board the plane until the mistake was rectified. “I told [the manager] that the flight was also not to ‘Palestine’ and requested they announce that the flight was going to Israel or even Tel Aviv,” said the passenger

“We told them they need to announce it three times, and told them that we would refuse to board the plane otherwise.”

After a discussion amongst the airline staff in Serbian, they agreed. An employee announced three times over the loudspeaker that the flight was going to Tel Aviv.

“The manager of the desk personally took us to gate C3 and apologized to us several times,” the passenger said, though he afterwards issued an official complaint to the Israeli Embassy in Serbia.

“It’s inconceivable that an airport employee with a microphone can try and change reality in such a defiant and false manner,” charged Nachson. “The Israeli Embassy in Serbia will deal with this issue, making it a high priority.”

When the Israeli ambassador to Serbia, Alona Fisher-Kamm, spoke to the CEO of Air Serbia, he was shocked, Fisher-Kamm reported. The CEO said that the incident was unprecedented and unacceptable.

“This political position doesn’t reflect the company’s position,” he asserted, offering an apology and promising the issue would be addressed.

An internal investigation revealed that it was an airport worker, and not an Air Serbia employee, who had made the inflammatory announcement.

Air Serbia has asked the airport to find and discipline her, reported Ynet.

The incident is all the more odd when considering the fact that Tel Aviv is a city which even the international community recognizes as part of Israel.

Recently, a Czech textbook removed Jerusalem as Israel’s capital and replaced it with Tel Aviv, proving that even the anti-Israel activists who pressured the Czech government into making the change accept Tel Aviv’s Israeli status.