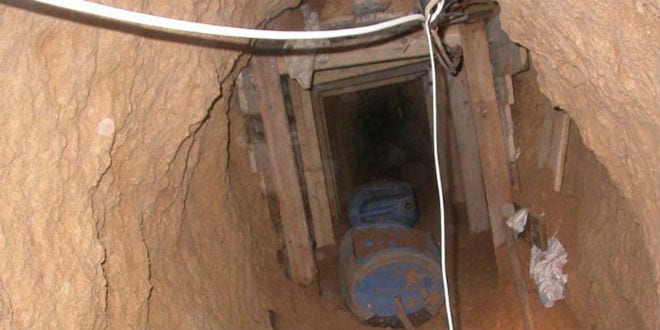 If a visitor from outer space were to read the new report of the “United Nations Conference on Trade and Development  (UNCTAD) assistance to the Palestinian people: Developments in the economy of the Occupied Palestinian Territory” to be issued Tuesday, they would have walked away with an image of a nation of industrious, democratic, peace-loving people named the “Palestinians” who are intentionally and on a daily basis prevented from thriving and achieving the economic success they so richly deserve by a cruel and capricious Israeli occupation that sets out to torpedo every shred of goodness those peaceful folks manage to sustain.

This is only enhanced by the fact that this report comes from the principal organ of the UN General Assembly dealing with trade, investment, and development issues. The organization’s goals are to: “maximize the trade, investment and development opportunities of developing countries and assist them in their efforts to integrate into the world economy on an equitable basis.”

With that in mind, here is the opening paragraph of the Executive summary of the UNCTAD report, meaning the gist of whatever else comes below:

“In 2015, Israel withheld Palestinian fiscal revenue for four months, donor aid declined and Israeli settlements continued to expand into the Occupied Palestinian Territory, while poverty and unemployment remained high. The Occupied Palestinian Territory continued to be a captive market for exports from Israel, while occupation neutralized the potential development impact of donor aid. Genuine reconstruction has yet to take off in the Gaza Strip despite $3.5 billion in donor pledges. Gaza’s socioeconomic conditions worsened and the infant mortality rate increased for the first time in 50 years.”

It’s an executive summary, so one cannot argue that so many of these assertions are being lumped together out of context. And yet, for a report that should provide an overview of the economic and social situation in the PA and Gaza to cite the withholding of revenues without mentioning that Israel was forced to freeze those funds after the PA had accumulated half a billion dollars in unpaid electric bills; and for the same executive summary to make the construction of a smattering of Jewish apartment units as a top-level cause for Arab decline — signals the point of view and general inclination of the authors.

You’re welcome to read the entire report if you wish. We went looking for those items that best reflect how the report turns facts and figures on their head to come up with the preconceived conclusion: it’s all the fault of the Israeli occupation, and once Israel is out of the picture you’ll see how those Palestinians will become Switzerland of the Middle East.

Take, for instance, item 5, dealing with Arab unemployment. In 2015, the unemployment rate in the “Occupied Palestinian Territory” was 26 percent, compared with 12 percent in 1999. What happened in 1999? Well, for some unknown reason, there was an Israeli “tightening of restrictions on movement and access of Palestinian labor and goods.” 1999-2000 marked the eruption of the Second Intifada, which made the current plague of shooting, stabbing, car ramming and stone and firebomb throwing look like a day at the fair.

Israeli employers were done with hiring Arabs from the PA and Gaza who would turn on them one morning and slash their throat. Israel imported foreign labor from Asia, and other migrants started cutting through the border illegally in the Sinai, and the Arabs were pushed out of the Israeli labor market.

Next, the report offers a blatant lie (Item 6): “Lack of employment opportunities in the domestic economy forces thousands of unemployed Palestinians to seek employment in Israel and in settlements in low-skill, low-wage manual activities.” The reality is that those “lowly” jobs in Israel pay three times what the average job pays inside the PA, and if Israel only issued more work permits, those PA Arabs would have gladly abandoned their lousy jobs in Ramallah and Shechem and flooded Israel’s construction sites.

But the report is unhappy with the fact that as many as 12 percent of the PA Arabs find decent employment in Israel, because  “this forced dependence on employment in Israel and in settlements magnifies the vulnerability of the Palestinian economy to political shocks, as Israel can at any time bar Palestinian workers, even those with Israeli permits, from entering Israel and settlements.”

On that assertion, there is one surefire way to make sure Israel would never, ever bar those workers and take away their permits: if Arabs from the PA stopped shooting, stabbing, car ramming and stone and firebomb throwing. It’s a scientific correlation, proven by 50 years of Israeli presence in Judea, Samaria and Gaza: Arab violence leads to Arab poverty; Arab civility leads to Arab prosperity.

Then we get to what the report names, “Slow reconstruction in Gaza and disregard for the productive base.”

It has been documented by every major news outlet and at least two recent court cases in Israel that Hamas has completely usurped the $3.5 billion in donations for the digging of new terror tunnels and for rebuilding Hamas leaders’ homes destroyed in the 2014 war. It is also understood that as long as the Gaza Strip is governed by a terrorist organization whose major stated aim is to destroy the Jewish State, Israel has no choice but to impose a blockade on the free flow of goods into Gaza, because those goods would inevitably be used to prepare for the next attack on Israel.

Not on planet UNCTAD. Item 22 states without benefit of context or recognition of regional realities: “Israel’s blockade of Gaza, in its ninth year, continues to exert a heavy toll. The population of Gaza is locked in, denied access to the West Bank and the rest of the world. … The blockade has affected Gaza’s once vibrant export sector.” Ah, those capricious Israelis and their obsession with not getting killed.

The same item adds a nasty line: “Even people in need of medical treatment are not allowed to travel to obtain essential health care.” The author of this blatant lie should come visit Israeli hospitals in Ashkelon, Ashdod and Beer Sheva, where Gazan patients are a regular feature, including family members of top Hamas officials.

Item 23 is also about Israel’s refusal to be annihilated: “A prominent element of Israel’s restrictions on Palestinian productive activities is the dual-use list, which prohibits the importation of civilian goods deemed by Israel as potentially having other, harmful uses. The list includes essential factors of production, raw materials, agricultural fertilizers, telecommunications equipment, steel, pipes, spare parts and other capital goods.” Hamas engineers have skillfully turned all those highly useful items into highly murderous weapons.

Let Hamas officially abandon its murderous designs on Israel, let it sign a document recognizing Israel’s right to exist and watch how the Gaza Strip becomes paradise in a month. The fact is, with the right investments and without the Islamic extremists’ threat, Gaza could become as pretty and as prosperous as Sad Diego. Parts of it already are, even today.

Item 25 is a tour de force of convoluted logic: “A shocking indicator of the grim situation in Gaza is the rising infant mortality rate, one of the best indicators for the health of a community. Infant mortality has risen for the first time in 50 years. The rate of neonatal mortality has also risen significantly, from 12 per 1,000 live births in 2008 to 20.3 in 2013.”

The truth is that Israel was investing in Judea and Samaria and Gaza infrastructure and social services to the point where they exceeded the standards in all other Arab countries. It is safe to say that had Israel continued to run those territories, today they would have been its equal in terms of social services and levels of income. The relatively low baby mortality cited for Gaza in 2008 did not appear out of thin air — Israel, that hated occupier, pushed it on with heavy investments and years of government effort.

The progressive decline in both parts of the Arab-run territories is not the result of “the occupation,” but of the utter failure of local Arab governments to manage modern state systems. We can illustrate this point:

On June 16, 1994, the Israeli Civil Administration in the Territories issued a report comparing the state of the Arab infrastructure in Judea, Samaria and Gaza in 1970 with 1990. According to that report, in 1970 Gaza had 3 community clinics. In 1990 there were 28. Each of the Israeli-built Community Clinics in the Gaza Strip offered mother and child health services, family care units, and pharmacies. Several of the centers offered 24-hour a day delivery units and emergency services, and minor x-ray units.

Together with the decline in infant mortality, great progress was made by Israel in controlling and eliminating major childhood diseases, due mainly to immunization programs instituted since 1967. Twelve nursing schools, two of which offer BA degree programs were opened between 1971 and 1991. The numbers of both doctors and nurses more than doubled from 1967 to 1991.

Voluntary health insurance plans which were unavailable before 1967 were first offered in Judea and Samaria in 1973, and in Gaza in 1976. In 1978, a new comprehensive plan was introduced; it was automatically applied to Civil Administration workers and to area residents working in Israel and was offered to all other area residents on a voluntary basis.

Israel greatly improved and expanded sewage treatment facilities in the liberated areas. Before 1967, there were no sewage treatment plants in Judea and Samaria. Since 1967, modern installations were built in Jenin (1971), Tulkarem (1972), Ramallah (1979), and Kalkilya (1986). The first stage of the Hebron sewage treatment plant was completed in 1991. In Gaza, sewage was managed through local septic tanks. Since 1967, treatment facilities were improved and/or constructed in Gaza City, Khan Yunis, Jabalya, Rafiah, and the Shati refugee camp. Routine testing of sewage for various enteric bacteria was begun in 1981.

Judea and Samaria were recognized as malaria-free areas in 1971.

Item 37 in the UNCTAD report unwittingly makes this point: “Palestinian economic indicators have deteriorated in the last two decades, with serious ramifications for the welfare of the Palestinian people. In 1995-2014, the population grew by 3.6 percent annually, while real GDP per capita grew by only 1 percent. In addition, productivity failed to grow and unemployment increased by 9 percentage points to 27 percent.”

What else happened between 1994 and 2014? Governing of Judea, Samaria and Gaza was handed over to the local Arab leadership, which proceeded to mess things up while inciting to violence against the only country on earth that actually took the trouble to help them. With numbers like these, and the report heaps them in multicolored tables, the Arab record of self-government is nothing short of abysmal.

Naturally, UN reports that tell the world these failed regimes aren’t to blame, it’s all Israel’s fault, are not helping anyone, least of all the local Arabs who by now are telling survey takers openly they would rather live under Israeli rule or escape to Canada, whichever comes first.