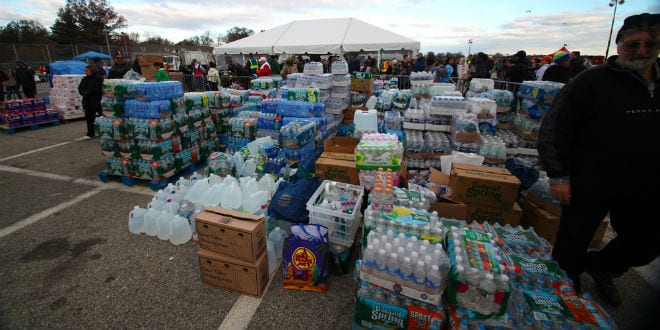 The German government told its citizens on Wednesday to stockpile at least a week’s worth of food and water in case of a serious attack or catastrophe, Reuters reported. It is the first time since the Cold War that Germany has enforced an emergency preparedness plan for the entire nation.

“The population will be obliged to hold an individual supply of food for ten days,” read the 70-page plan, called the “Concept for Civil Defense”, prepared by the Interior Ministry.

Citizens will also be required to store five days’ worth of drinking water.

The decision follows several deadly Islamic attacks in Germany in recent months and a number of large-scale terror incidents which left hundreds dead in neighboring France and Belgium earlier in the year, raising fears that any potential catastrophe could be terror-related.

According to German newspaper Frankfurter Allgemeine Sonntagszeitung, the plan calls for all Germans to “prepare appropriately for a development that could threaten our existence and cannot be categorically ruled out in the future.”

It also lays out precautionary steps for terror scenarios, chemical attacks, and cyber attacks, and outlines the demand for an effective alarm system which could notify citizens of emergencies. The plan suggests improvements on protection for buildings and emergency medical care as well.

In addition, the report states that civilians should be ready to assist the military with urgent tasks in the case of an emergency, such as directing traffic, providing accommodation for people in need, and finding fuel, said Reuters.

The possibility of reinstating military conscription is also raised in the report, though officials say it won’t happen.

The preparation or “prepper” movement in America, while not government-mandated, operates in similar anticipation of an apocalyptic event of some sort. While some stock up on supplies in order to prepare for terror attacks, government breakdown, or natural disasters, others see the signs of an approaching End of Days and are determined to be ready. Some have even built million-dollar bunkers to meet the end in style.