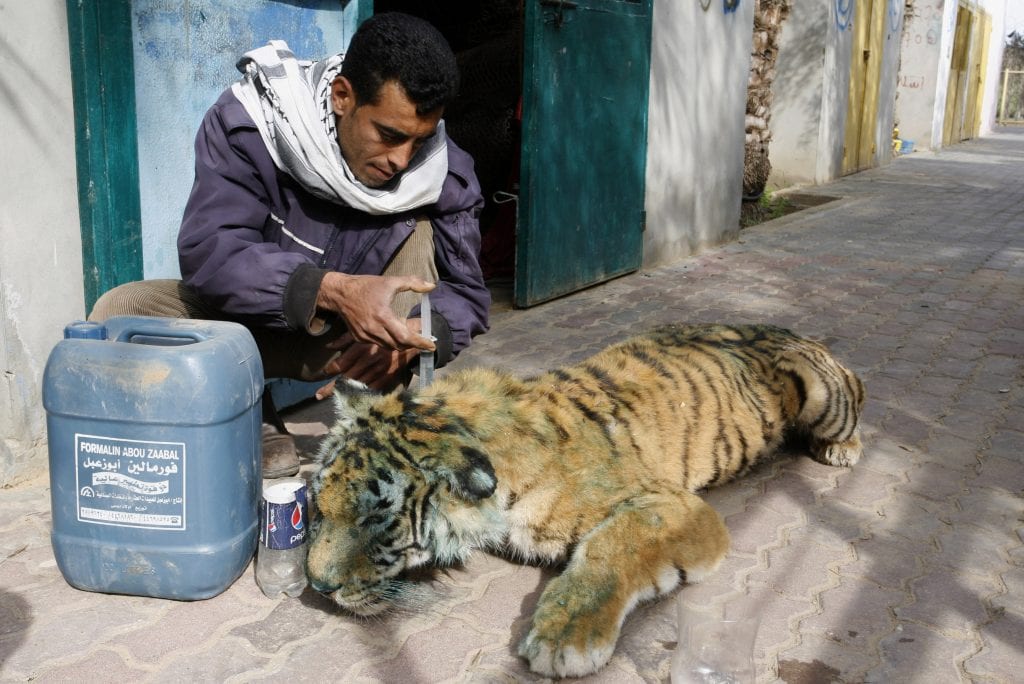 Israel assisted in the evacuation of 15 wild animals from a dilapidated zoo in southern Gaza which has been called the “world’s worst”, rescuing the wildlife for better lives in zoos and sanctuaries elsewhere.

All of the animals were brought from Gaza to Israel on Wednesday through the Erez Crossing. Some will remain in Israel, joining zoos in Ramat Gan and Ben Shemen. Others will be sent overseas to zoos in South Africa and Jordan.

The Khan Yunis Zoo first grabbed headlines earlier this year when it was revealed that the impoverished zoo was full of starving, dying animals. To attract visitors, the owner began exhibiting the mummified corpses of dead animals.

Finally the owner appealed to an international animal rights organization called Four Paws, which responded with food supplies. However, when the organization visited the zoo in June to assess conditions, it found that the only viable solution was to close the zoo down and distribute its remaining inmates to other zoos and sanctuaries.

“The closure of the zoo means a new life for the tiger and the other animals, which up to now have had to waste their lives away in desolate cages, suffering from a lack of food and medical care,” said veterinarian Dr. Amir Khalil, who headed the closure operation, the Jerusalem Post reported.

The rescue effort, called “Operation Safari”, was facilitated in cooperation with Israeli officials from the Agriculture Ministry, the Defense Ministry, and the Coordinator of Government Activities in the Territories (COGAT).

The animals were packed into crates with the help of veterinarians and loaded into vehicles. The zoo’s sole surviving tiger, named Laziz, will head to the Big Cat Sanctuary in South Africa by car and plane.

The tortoises, porcupines, an emu and some other animals will be taken by car to Jordan’s New Hope Center.

The owner of the Khan Yunis Zoo has blamed the dire conditions in his zoo on the Israeli-Palestinian conflict, claiming that Israel’s various military offensives against the Gaza Strip prevented workers from reaching the zoo in order to feed and care for the animals.

However, the existing infrastructure for animal sanctuaries in Gaza is rudimentary at best, even under circumstances of complete peace.

No government body in Gaza oversees zoos, and no animal rights movements are active in the region, leaving the Khan Yunis Zoo virtually unsupervised and its animals in the sole care of an owner who, when his animals began dying, decided to learned the art of embalming online.

Exhibits of stuffed and mummified animal carcasses were displayed alongside live ones held in small, confined spaces without food or water.

Without a zookeeper and with veterinary care administered by phone consultations with vets in Egypt, the zoo’s animals were at risk in any case. Some will require serious rehabilitation after rescue.