Jeb Bush’s Son on Israel Visit: “Best Thing to Do For Israel is Business With Israel”

Home » Jeb Bush’s Son on Israel Visit: “Best Thing to Do For Israel is Business With Israel” 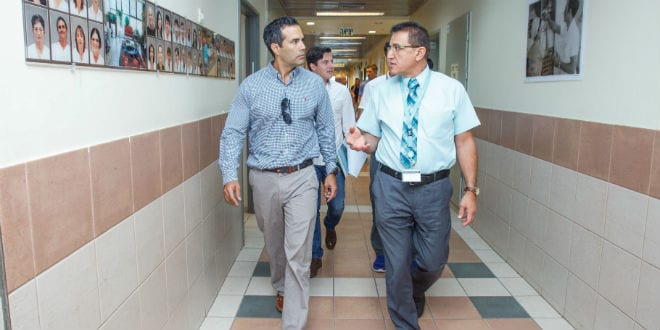 George P. Bush, the son of former Florida governor Jeb Bush, expressed strong support for Israel and urged Americans to conduct business with the Jewish State after a three-day unannounced trip to the region with a group of Texas businessmen.

The trip to Israel, which was not announced beforehand, was his first overseas visit since he took office as Texas Land Commissioner last year. While here, he met with Prime Minister Benjamin Netanyahu and thanked him for “all he is doing to fight terrorism.”

The two discussed possible partnerships between Israel and Texas in the economic arena, including technology, desalination, and energy.

Following the trip, Bush wrote in a post titled “Texas and Israel: 21st Century Strategic and Economic Alliance” that “America has no better ally and no truer friend in the world than Israel.”

He pointed out that Texas and Israel “have similar stories”, even going back thousands of years.

“Prime Minister Netanyahu compared the Battle of the Alamo to the Siege of Masada in 73 AD when Jewish rebels were heavily outnumbered by the Romans, and many paid the ultimate price,” he wrote.

One thing became clear to him after three days of meeting with political and business leaders in Israel, he continued, in a not-so-subtle jab at the anti-Israel Boycott, Divestment and Sanctions (BDS) movement: “The most important thing we can do for Israel is do business with Israel.”

Bush’s father, Jeb Bush, was a Republican contender for the GOP presidential nomination until he dropped out of the race in February.

While still in the running, Bush said he would begin his presidency by rebuilding the vital US-Israel friendship, which he said had been “altered by [Obama’s] administration.”

He also said that he firmly supported Israel’s right to self-defense in the face of terror threats.