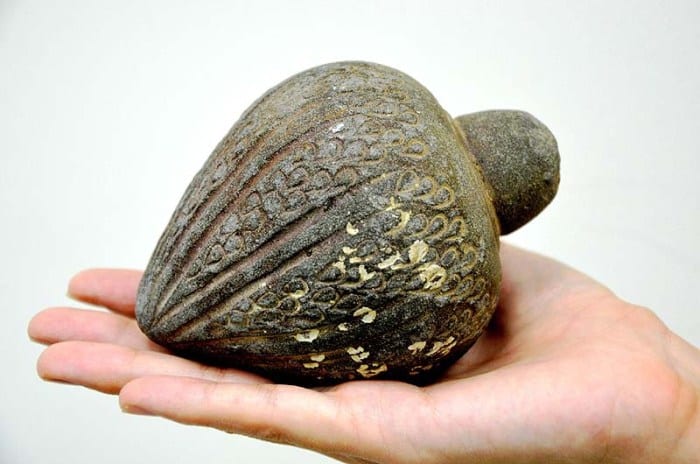 Many archaeological artifacts, some dating back 3,500 years, were discovered in the sea near an Israeli power plant by an employee over the span of decades. Family members of the employee, the late Marcel Mazliah, have now presented the ancient finds to Israeli officials, who say they were surprised by what they found.

“The finds include a toggle pin and the head of a knife from the Middle Bronze Age, more than 3,500 years ago,” said Ayala Lester, a curator with the Israel Antiquities Authority (IAA). “Other items include two mortars, two pestles, and fragments of candlesticks, all dating back to the time of the Fatimid Caliphate around the eleventh century CE.”

The objects, most of which are decorated, are believed to have fallen overboard from a metal merchant’s ship in the Early Islamic period.

“The items were apparently manufactured in Syria and brought to Israel,” Lester speculated. “They are evidence of the metal trade that had taken place during that period.”

The discovery of the nature of the items started when members of the Mazliah family from the city of Givatayim, near Tel Aviv, contacted an IAA representative following the death of Marcel, who had numerous metal artifacts in his possession.

The family invited the official to examine the artifacts and explained that Marcel had been employed at the Hadera power station since its establishment and had retrieved the items from the sea while working there.

The IAA said in a statement that it would present the Mazliah family with a certificate of appreciation in the coming days. The IAA has also invited them to tour its laboratories, where the finds are to undergo treatment and conservation.

Israeli Culture Minister Miri Regev also praised the family for handing over the artifacts. She called on all Israelis to display good citizenship and to return treasures and antiquities that have historic and archaeological value.