Trump: Anti-Semitic Immigrants Won’t Be Admitted Under My Watch

Home » Trump: Anti-Semitic Immigrants Won’t Be Admitted Under My Watch 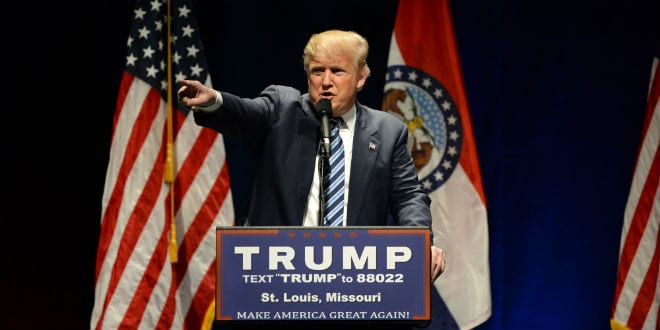 Potential immigrants to America would be screened for anti-Semitic sentiments as part of an “extreme vetting” process under a Donald Trump administration, said the GOP presidential nominee at a speech on Monday. He also said that Israel would be a key ally in fighting radical Islam if he were elected.

Of the rigorous vetting process he hopes to impose, “We should only admit into this country those who share our values and respect our people,” said Trump in a policy address in Youngstown, Ohio.

He suggested a return to the more rigorous policies of Cold War days, in which people were examined for communist sympathies or ties to the Soviet Union. “In the Cold War, we had an ideological screening test. The time is long overdue to develop a new screening test for the threats we face today. I call it extreme vetting. I call it extreme, extreme vetting,” he proposed.

He said that the process would include an “ideological screening test” which would isolate not only people with radical Islamist beliefs, but anyone holding beliefs “hostile” to American society and culture, including anti-Semites.

“In addition to screening out all members or sympathizers of terrorist groups, we must also screen out any who have hostile attitudes towards our country or its principles,” Trump asserted.

He pointed to France as a cautionary tale in this respect and mentioned anti-Semitism specifically as a potential immigration danger.

“Beyond terrorism, as we have seen in France, foreign populations have brought their anti-Semitic attitudes with them,” he said.

Trump’s strong immigration policies, which include banning all Muslims from entering the US and halting immigration from volatile parts of the globe, have been the subject of much criticism and controversy during his campaign.

Some responded to his latest suggestion by arguing that many of the refugees coming from war-torn regions face the same terror and intolerance that Trump wants to keep out.

“Suspending immigration would only trap those who need refuge most,” said the American Defamation League in a statement.

In the same speech, Trump once more called Israel America’s “greatest ally”, saying that the two countries would work together to battle the spread of radical Islam and terror, a fight in which Israel is already deeply engaged.

“We will work side by side with our friends in the Middle East, including our greatest ally, Israel,” he told the crowd.