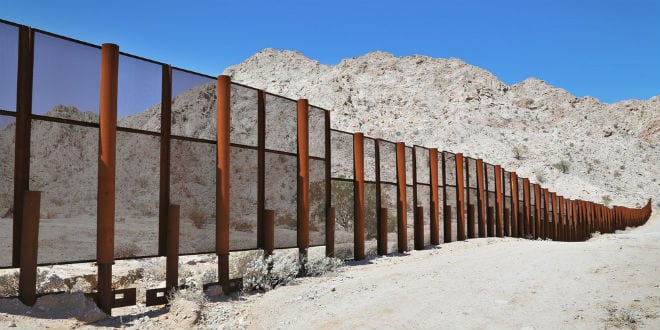 Israeli security firm Magal Security Systems is putting itself in the running to become the firm hired to build GOP presidential candidate Donald Trump’s famous border wall between America and Mexico – providing Trump wins the election. The wall has become a signature feature of the business magnate’s campaign platform.

Magal is best known for its “smart” border fence between Israel and the Gaza Strip, which features ground sensors, motion detectors, video cameras, and satellite monitoring. The fence runs the length of Israel’s border with the Hamas-ruled enclave, a hotbed of terrorist activity.

In an interview with Bloomberg last month, Magal CEO Saar Koursh said his company is interested in taking on a new project: Trump’s proposed wall with Mexico.

“We would join forces with a major US defense company that has experience with such projects worldwide,” said Koursh, explaining how the company would proceed. “We’ve done it in the past and we would definitely want to do it.”

Trump first proposed the 1,000-mile border wall with America’s southern neighbor during a campaign speech in 2015, saying it would keep out the illegal immigrants, drugs, and criminals that enter the US from Mexico. He immediately raised a storm of controversy when he said that Mexico would foot the $5-10 billion bill.

Trump didn’t back down, however, and the wall remains a key political position in his campaign. He has said that the money would be raised by inflating fees for Mexican visas and charging for border crossings.

While the election is still months away, Magal, which has seen its shares and profits rise since the Islamic State and Syrian conflict appeared on the Middle East scene and prompted a greater need for borders, is getting its bid in early.