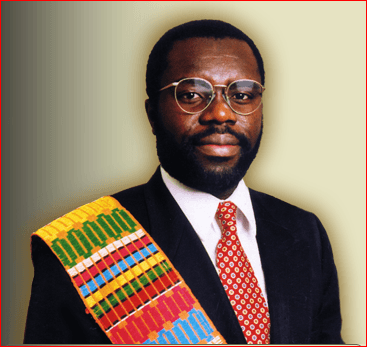 One of the more remarkable incarnations of the prophesied ingathering of the exiles is the discovery of Jewish roots in African tribes. The King of Togo, a country in West Africa, plans to strengthen that Messianic vision by bringing hundreds of African kings to the Western Wall in Jerusalem this Sukkot (Festival of Booths) to sing out their love of the God of Israel.

King Ayi was crowned in 1994 as King of the Ayigbe people of the Ivory Coast, Ghana, Togo, and Benin. The seat of this Kingdom was in Togo, although most historians confirm it started in Accra, Ghana. He presently lives in exile in the US. In 2002, at the second World Conference of the Counsel of Chiefs and Kings of Africa, King Ayi was crowned by his peers as head of the Organization of Kings and Queens of Africa, in the republic of Benin.

At the following conference in 2005, he announced his desire to bring all 350 African kings to Israel, to recite the ‘Shema’, the Jewish declaration of faith, at the Kotel (the Western Wall in Jerusalem). His announcement was received with overwhelming enthusiasm.

“At least half of the kings who are coming have a tradition that they are Jewish,” King Ayi said. “Some of the kings, though, are Muslim imams. Even they wanted to come. They are coming with the intention of recognizing that God created the entire world.”

It has taken 11 years and many trips back and forth, but King Ayi’s vision is finally coming to fruition. The ceremony will take place in Jerusalem during Sukkot in October and has been organized in conjunction with the Israeli Religious Affairs Ministry, headed by MK David Azulai.

In the past, King Ayi has met with Rabbi Chaim Kanievsky and Rabbi Shmuel Auerbach, two major figures in Orthodox Judaism. His efforts are also supported by the Beit Din (Rabbinic Court) of Bnei Brak as well as the nascent Sanhedrin.

The gathering is auspiciously timed, since the holiday of Sukkot has a strong multi-national element. The Talmud (Sukkah 55b) teaches, “Rabbi Eliezer said: “Why are 70 offerings brought on Sukkot? For the [merit of the] 70 nations of the world.” This is based on the prophecy in Zechariah.

And it shall come to pass that every one that is left of all the nations that came against Yerushalayim shall go up from year to year to worship the King Hashem of hosts and to keep the Sukkot. Zechariah 14:16

In addition to the religious mission, the visit will also be an opportunity to further the diplomatic connection between Israel and Africa. Educational seminars and tours will be interspersed with meetings with government officials.

For King Ayi, this is the culmination of a long personal journey. He told Breaking Israel News it was always known in his family that they were descended from Jews.

“We always refrained from foods deemed forbidden in the Torah,” the King explained. “Circumcisions are performed on the eighth day, and we keep the laws of niddah (family purity). We celebrating Rosh Hashanah, the Jewish new year, and blow shofar (ram’s horn).”

Though this may seem surprising to many, recent research has revealed that many African tribes have roots in the Holy Land. The Lemba in Zimbabwe and South Africa and the Igbo in Nigeria are believed to have Jewish roots, though their status as Jews has not been recognized by rabbinic authorities.

The king has been criticized for his connection with Israel, but he stands strong in his conviction. “I am doing this for me, since I am Jewish, but I am also doing this for my nation. My people should stand for what is right. Standing with Israel is the right thing to do. It is written in the Prophets. Our hearts are completely with Israel, and on Sukkoth, we will show that to be true.”

King Ayi explained that according to his people’s oral tradition, their ancestors migrated to Africa via Egypt and Morocco. “The Jews and the blacks are almost the same. We are really one family,” he said.

Though Israel’s foreign policy is dominated by its relationships with Western super-powers, its spiritual ties to Africa are essential to Zionism. Theodore Herzl wrote in his book Altneuland, “Once I have witnessed the redemption of the Jews, my people, I wish also to assist in the redemption of the Africans.”

This sentiment was taken up by the early leaders of the State of Israel, most notably Golda Meir, who developed relations with African nations. This effort was revived by Israeli Prime Minister Benjamin Netanyahu, who recently concluded a tour of Africa.

David Mark, founder of Israel Africa Hub and Israel Rising, is working towards developing a stronger bond between Israel and Africa, and believes that King Ayi should be supported in his mission.

“Only now we are awakening to the fact that many West African communities have authentic Jewish roots that were decimated by European colonists, missionaries, and Arab Islamists,” Mark told Breaking Israel News. “There is a lot a lot of work that still must be done to ensure that these communities get the education and recognition they need.”