I am a Termite

Home » I am a Termite 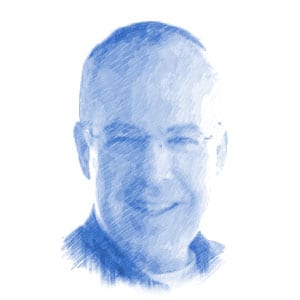 According to US Representative Hank Johnson (D GA), I am a termite. Speaking to an anti-Israel group on the sidelines of the Democratic convention in Philadelphia, the Congressman said, “There has been a steady [stream], almost like termites can get into a residence and eat before you know that you’ve been eaten up and you fall in on yourself, there has been settlement activity that has marched forward with impunity and at an ever increasing rate to the point where it has become alarming.” So much for brotherly love.

Why should I care?  What difference does it make that a man with little knowledge of Israel and the Middle East should say or think such a thing?

Representative Johnson serves Georgia’s 4th Congressional district.  It’s been a long time since I went to Emory and lived in Georgia, but the area which he represents is very close to where I used to live, if not the very district.  I loved living in Atlanta and have a fondness and affinity for Georgia to this day.  So, albeit from far away, when something happens in my former home, and relates to my current home, I care.

But I don’t live near Stone Mountain anymore.  I live in the Judean Mountains south of Jerusalem.  I hear church bells and the mosques of Bethlehem.  I am an Israeli Jew who has returned to the Land that God promised our ancestors. I’m privileged to raise my children in the Land of our forefathers, to be part of building a Jewish future on the foundation of our Biblical past, not to be mutually exclusive to that of our neighbors.  I live here because God’s gift to us is too special to take back for a figurative exchange for another style.

But some people call me a “settler,” a pejorative term that evokes an abundance of negative stereotypes.  Branded such, people expect I am a gun toting, olive tree uprooting, Arab hating, Jewish extremist whose sole purpose is to disenfranchise the lives of our neighbors.  People imagine my community to be a series of trailers cast about hilltops as a land grab to steal from our Arab neighbors.

Nothing could be further from the truth.  While we don’t have peace in the utopian sense, we have very good relations with our immediate Arab neighbors.  No wall or fence separates us from the villages to our east, and to the north we abut Arab communities which are suburbs of Bethlehem, perhaps a mile across the valley from my front door.

Palestinian Arabs farm their land adjacent to and within our town’s borders, land that’s very valuable as the demand for housing, schools, and synagogues grows.  Palestinian Arabs also freely come to work here, and in fact in most cases, are the ones building our houses, schools and synagogues, the very kind of “settlement growth” which Rep. Johnson disdains.

Rep. Johnson’s remarks are offensive, wrong, and inappropriate on a host of levels. His portrayal of us is akin to the dehumanizing of Jews by Nazis several decades ago.  Modern Arabs and Islamists continue this anti-Semitic hatred by calling us “descendants of apes and pigs.”  I don’t know if Johnson harbors anti-Semitic feelings, but given the audience to which he was speaking, I don’t suspect he loves us. However, his words were offensive and anti-Semitic, period.

With this use of words he also displays a knee jerk bias that there is only one narrative, that of the Palestinian Arabs being wronged, and our presence here somehow is an obstacle to peace and to the Palestinians having their own state.  That’s nonsense and a gross display of ignorance which I say not as an insult, but just as a reality.  Rep. Johnson does not know the facts.

It’s too much for any one article, but let’s start in 1947 when Jewish leaders accepted a partition of the Land of Israel for two states and the Arabs rejected it.  Many continue to do so.  More recently, when Israel withdrew from Gaza in 2005, what followed was not peace or the embryonic emergence of a Palestinian state, but a launching pad for terror and missile attacks against Israel, which continue to this day.  It’s important to note, too, that neither in 1947 nor in 1967 was there ever a Palestinian state which was “occupied.”  Had the Arabs accepted the 1947 Partition Plan, there might have been one, in which case there’d have been no need for the wars which have been forced on us since.  But one can’t live the present without an accurate sense of the past, nor hope for the future based on how you want it to be, irrespective of these facts.

The fact is, Israelis desperately want to live in peace and most of us would make painful concessions on land in order to get that. Yes, even many of my “settler” neighbors. But what prevents that is outright rejection and delegitimization of Israel (like that of those to whom Rep. Johnson was speaking), and Palestinian refusal to make peace with us.

Some defend Johnson saying that he was referring to the “settlement” process and not the people.  However, other than being dehumanizing, Rep. Johnson’s use of the word termites is telling.  The implication is that “settlers,” like termites, invade other people’s homes. How is it possible that anyone, with any integrity could say that Jews returning to Jerusalem, or Biblical Judea and Samaria, where our forefathers lived, herded their flocks, worshiped, and thrived is anything but returning to our home?

I don’t know if Rep. Johnson is a Christian, and I suspect he’s not a Jew, but someone should educate him on the Bible.  (You can contact him here.) Our living here doesn’t mean we can’t live together or that we shouldn’t, but to imply that somehow we don’t belong here is absurd.

I’m not sure if Rep. Johnson has ever been to Israel much less a “settlement.”  I’ve invited him to visit.  If and when he does, I will show him how things really are:  how on a daily basis Israeli “settlers” interact and show mutual respect for our neighbors; how we interact with one another in our communities and in our homes; how we shop and work together in retail establishments as well as professional environments; how we share waiting rooms in hospitals worrying about our respective loved ones, or celebrating a birth.

There may not be love, but there’s mutual respect and coexistence that we can and should build upon.  And despite the reality that too many of our Palestinian Arab neighbors simply want us dead or gone, this reality continues.

To his credit, Rep. Johnson tweeted clarification, and apparently apologized to a well-known LA rabbi who called him out publically. Despite this, the damage is done.  He’s infected and made worse a dialogue that’s difficult enough.  Those prone to believe the negative stereotypes, which apparently he does, will only take his further dehumanizing of Jews in general, and specifically those of us who have the hubris to live in the original Bible Belt, as being OK.

Anyone in, or aspiring to, serious leadership and involving him/herself in issues that are foreign (literally) should at least do so based on facts, not on myths, and certainly not on offensive rhetoric. I learned a lot about the Middle East at Emory, and am learning more every day.  I don’t expect him to be an expert, but do expect that if he or others are going to be addressing matters close to my home, that they do so based on reality. I hope Rep. Johnson will come and see for himself, and anyone else looking for the facts to be in touch and I’ll gladly share my experiences and sources that are accurate.