What Does Wildly Popular Pokémon GO Game Have to Do With End of Days? You’d Be Surprised

Home » What Does Wildly Popular Pokémon GO Game Have to Do With End of Days? You’d Be Surprised 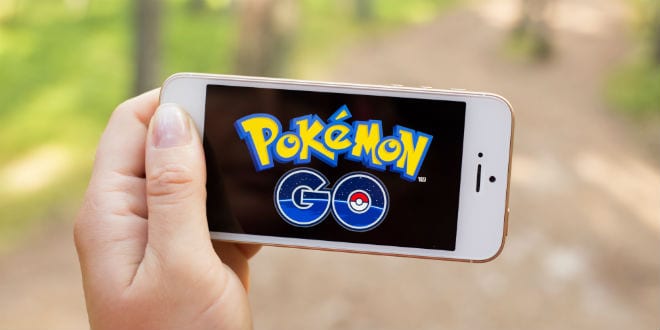 This month saw the release of a wildly popular form of entertainment that, in the words of prolific author and End of Days expert Rabbi Pinchas Winston, “blurs the line between reality and illusion.” Breaking Israel News conducted an exclusive interview with Rabbi Winston to get his take on Pokémon GO and how its phenomenal success is connected to the End of Days.

On July 6, 2016, Pokémon GO was released in the United States, Australia and New Zealand. The “augmented reality” game is in the process of being released throughout the world.

Pokémon GO operates on the basis of augmented reality, in which one’s experience of the real world is altered through the use of computer-generated sensory input. The mobile game uses the GPS and camera functions of the player’s smartphone to help players capture virtual characters that appear real on the their screens.

To get a sense of how popular Pokémon GO is, a recent story by Jason Evangelho on Forbes.com claims that “On a daily basis, the insanely popular app from Niantic Labs is being used twice as much as the Facebook app on Android.” Jeff Grubb of VentureBeat.com reported that Pokémon GO took the number 1 slot of mobile game apps only 13 hours after its release and that it’s earning $1.6 million a day from users in the US alone.

There is Biblical precedent for creating an alternate version of reality. Yerovam (Jeroboam), the first king of the Northern Kingdom after the Ten Tribes split from Judah, also created a false reality. He kept his subjects from worshipping God in the Holy Temple in Jerusalem by setting up golden calves in Bet El and in Dan, in essence creating another, false dimension of the real world and confusing the Israelites’ connection to holiness.

And Yerovam said in his heart: ‘Now will the kingdom return to the house of David. If this people go up to offer sacrifices in the house of Hashem at Yerushalayim, then will the heart of this people turn back unto their lord, even unto Rechovam king of Yehuda; and they will kill me, and return to Rechovam king of Yehuda.’ Whereupon the king took counsel, and made two calves of gold; and he said unto them: ‘Ye have gone up long enough to Yerushalayim; behold thy gods, O Yisrael, which brought thee up out of the land of Egypt.’ And he set the one in Beit El, and the other put he in Dan. And this thing became a sin; for the people went to worship before the one, even unto Dan. (1 Kings 12:26-30)

The Connection Between Pokémon GO and Redemption

Directing his attention to the spiritual significance of the phenomenon of Pokémon GO, Winston spoke at length.

“Pokémon GO is a portion of chaos intruding into our world. People need a strong delineation between reality and illusion, because the brain is easily fooled. Pokémon GO blurs that distinction. Once life becomes illusory, a person’s sense of the consequences of their actions is weakened,” Winston asserted.

He suggested that the capacity of ordinary German citizens to murder millions of Jews during the Holocaust is an example of what happens when a population gets confused about what’s real, albeit on a much different scale. “During the Holocaust, how did people become so murderous? When people lose the ability to distinguish between reality and illusion, they make immoral choices. That’s what Hitler did. He blurred the lines between reality and illusion for people. That was his evil genius.”

Winston made the case that Western society, with distractions like Pokémon GO and never-ending feeds of social media and entertainment, is ripe for redemption. In other words, when a culture is full of despair, people turn to vapid forms of entertainment to distract themselves from reality.

“How much time do people spend being entertained?” Winston asked. “This is a way to judge the health of a society. The more people need to be entertained, the more pain they’re in. The more distracting life is, the fewer meaningful things we are doing. We don’t fix the things we need to be fixed. We get busy with gaming and don’t take the time to do what needs to be done.

“The number one reason for redemption is the revelation of God in the world. At this stage of history, given the direction of mankind, it seems that the only real way to turn people to God is for chaos to reign. Today, chaos is seeping in all over the place. The world is getting worse. It needs a reboot,” Winston explained.

That reboot is the function of redemption.

Winston explained to Breaking Israel News that “distraction is the greatest weapon, the number one device” of the sitra achra (the negative spiritual force that works against holiness). If we aren’t clear about reality, if we are confused about what’s really going on, we can’t fix it.

In other words, games that “augment” reality are an instrument of confusion, making it harder for people to make correct moral choices. “To be moral, you have to have a sense of objective reality. Then you can stay focused in life and do the proper thing,” said Winston.

According to Winston, the only antidote to a culture saturated with altered realities such as Pokémon GO is the arrival of the Messiah and the redemption.

“Who else but the Messiah can have the kind of power necessary to turn the entire world around, whether we’re talking about an entertainment-obsessed culture or one obsessed with harming as many innocent people as possible on a daily basis? It’s just two sides of the same coin, two forms of chaos.”