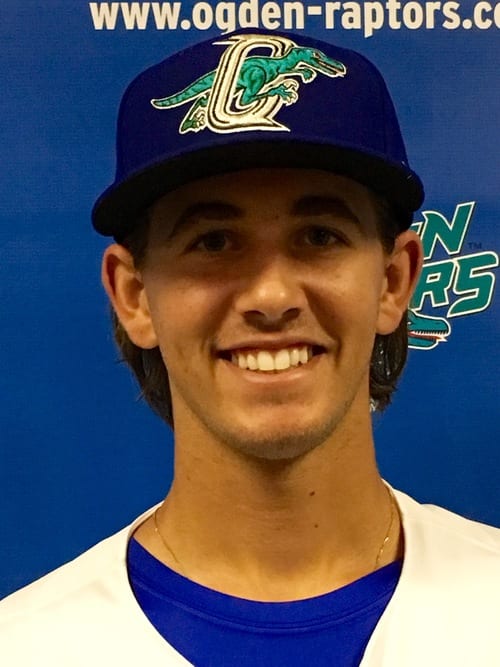 Other than being part of the Los Angeles Dodgers organization, Sandy Koufax and Dean Kremer have something else in common: a respect for Jewish tradition.

Koufax—who was recently ranked by ESPN as the best left-handed pitcher in Major League Baseball (MLB) history—decided not to pitch Game 1 of the 1965 World Series because the game fell on Yom Kippur.

“I would do the same,” Kremer said in an interview.

Last month, the 20-year-old Kremer became the first Israeli citizen to sign with an MLB team. The right-handed pitcher had also made history in 2015 by becoming the first Israeli drafted by an MLB team, the San Diego Padres, but he did not sign with that club and instead pitched for a year at the University of Nevada, Las Vegas (UNLV). He re-entered the draft in 2016 and was selected by Los Angeles in the 14th round—up from his 38th-round draft slot the previous year—and subsequently joined the Dodgers’ Ogden Raptors minor league affiliate in Utah.

“I feel very honored, it’s a great opportunity,” Kremer told JNS.org. “To represent more than one country, especially my home country, and to be the first, it’s a pretty awesome feeling.”

Kremer was born in Stockton, Calif., and grew up in Tel Aviv.

“I was raised in the Jewish tradition and we speak Hebrew at home,” said Kremer. “Everything will stay the same [while I’m playing professional baseball], but it is difficult, especially when we get meals catered here. But I try not to eat pork….The values and morals of a Jewish person were instilled in me, and that’s the way I live my life.”

“Growing up, we would have Shabbat dinner as often as possible,” he added. “I never attended Hebrew school formally, but since my parents are Israeli, I have been speaking Hebrew my entire life.”

Upon beginning his pro baseball career in Utah, Kremer is already noticing differences between the Israeli and American societies.

“The people are raised a bit differently [in the U.S.], it’s a different society,” he said. “One of the major differences is that people in Israel are raised to be more independent than here in the States. They do a lot of things on their own in Israel.”

Kremer throws a fastball of 90-93 miles per hour that he said sometimes reaches 94 or 95 miles per hour. He also throws a curveball, slider, and changeup. He initially pitched for San Joaquin Delta College in California—going 13-1 with a 2.00 earned run average (ERA) in 17 games (including 16 starts) in 2015—before transferring to UNLV and honoring his commitment to play there after being drafted by the Padres. At UNLV, he went 4-5 with a 4.92 ERA in 16 games (including 12 starts). In his first two starts for the Ogden Raptors, Kremer has no win-loss record and a 6.23 ERA in 4.1 innings pitched.

While competing for the Israeli national baseball team, Kremer shined in the European Championships, winning the award for best pitcher in the competition’s B-Pool and C-Pool in consecutive years. Comparing European baseball to pro baseball in America, Kremer said that in the U.S., “everyone hits with power. Europe is more small ball.”

“Dean has been part of the baseball program in Israel since he was 14 years old,” said Nate Fish, national director of the Israel Association of Baseball, according to the Jerusalem Post. “We are all very proud to have a member of the Israeli national team be selected in the [MLB] draft. It couldn’t have happened to a more deserving guy.”

“He does a lot. He goes above and beyond for Israel and the baseball program over there,” Kremer told JNS.org. “He’s grown it from basically the ground up and he’s doing a phenomenal job, and it’s still growing.”

Asked if he feels pressure as the first Israeli to sign an MLB contract, Kremer said he tries not to think of it that way.

“It’s different for me than say, someone like Jackie Robinson,” he said, referring to the MLB’s first black player. “Although baseball is growing, it is still not a major sport in Israel. There are a lot of people who still don’t know what it is.”

“If I were Omri Casspi, it would be different,” said Kremer, contrasting himself with the first Israeli-born player in National Basketball Association history and making the point that basketball remains more popular than baseball in Israel.

Although reaching the major leagues is not a sure thing for a 14th-round draft pick like Kremer, or for any minor leaguer, Kremer is undeterred.

“Of course it is possible. And the major leagues, that’s my goal. Hopefully, I will get to Los Angeles to play for the Dodgers,” he said.

“I’m really excited to be a Dodger and I know there is a big Jewish community in Los Angeles,” added Kremer. “I know they will support me.”