Israel, US Sync Missile Defense Systems for First Time Ever 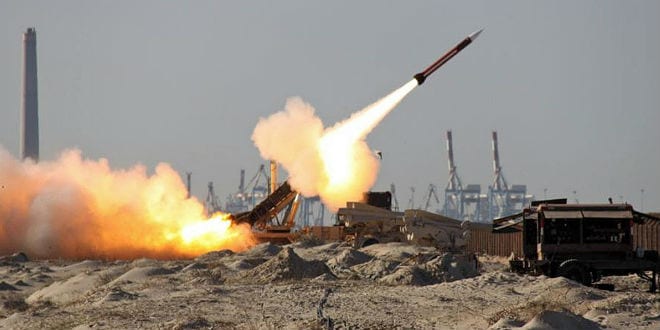 The Israeli Missile Defense Organization and the US Missile Defense Agency have successfully completed a test which aims to “sync” the two militaries’ missile defense systems, enabling a cooperative response in future conflicts, Israeli media reported on Wednesday.

The trial was “another milestone in the missile defense program, which is a cooperation between the US and Israel,” said Israel’s Defense Ministry.

“The test demonstrated the United States’ commitment for the protection of Israel as well as the interoperability between the United States and Israeli integrated defense system architecture.”

The first-ever such trial tested the physical “connectivity” between the systems, assessing if Israel’s Arrow 2, Arrow 3, and David’s Sling anti-missile technologies could successfully lock into and cooperate with the American Aegis, Terminal High Altitude Area Defense (THAAD), and Patriot systems.

Israel’s Elbit Systems EW and Signet-Elisra led the “Integrated Ground Test”, which took place at various sites around the US, Israel and Europe over the course of five days. Participating were dozens of Israeli and American personnel, as well as units from the US army’s European Command.

The test consisted of a war simulation in which thousands of rockets and missiles were fired at Israel from Iran and Lebanon simultaneously. Officials checked how efficiently the six different missile defense systems worked together in real time to eliminate the threats and defend Israel against the air attacks.

The main focus was on linking the missile defense systems to the US radar systems to ensure proper detection of projectiles.

The US and Israeli militaries have a long history of melding defense technologies and working together to jointly finance, develop, test and use advanced weapons systems. Israel’s status as the Start-Up Nation has led to countless advancements in weapons technology, including the revolutionary Iron Dome system, which has a 90 percent success rate in repelling enemy missiles.