America and Israel: A Lifetime of Fighting for Freedom

Home » America and Israel: A Lifetime of Fighting for Freedom 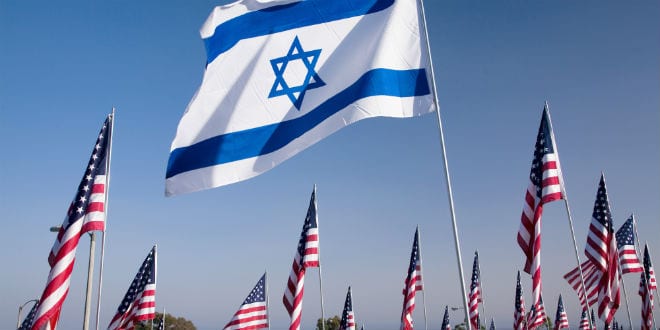 Today, the Fourth of July, marks 240 years since representatives of the original 13 colonies signed the historic Declaration of Independence, forever removing the burden of British rule and proudly establishing a new country to represent the values of “life, liberty and the pursuit of happiness”.

Since that very first Independence Day in 1776, America’s leaders have fought to bring its citizens the rights deserved by those living in a democratic nation. Whether freedom of religion, freedom of speech, the right of the people to be secure in their own homes, or freedom of the press, the once fledgling country has now boomed into a world power, refusing to allow harm to come to its people nor to its refreshing way of viewing the world with each step towards the future.

Fortunately, America does not stand alone in its battle towards securing a future of hope and prosperity for its people.

Because while the nation of 50 states and approximately 319 million people faces near monthly attacks from the unspoken evil of radical Islam, a little country no larger than the size of New Jersey, located 6,000 miles away, experiences the same terror, albeit on a more frequent- and often more deadly- basis.

Little Israel, only 68 years old, suffers at the same hands as those with plans to murder the “infidels” of America. With calls to quite literally wipe Israel off the face of the map, the daily threats to the Jewish state’s existence have resulted in tears of mourning as too many people bury loved ones, killed in their prime.

But the calls for Israel’s destruction have not deterred the little country from doing great things. From the time of her own Declaration of Independence from British rule in 1948, Israel has blossomed into the most advanced nation of the entire Middle East, joining America at the forefront of world leadership.

What the two unique countries share in the face of terrorism is a unique pursuit of freedom at all costs. For no other reason than to protect the values for which they stand would America and Israel send out their men and women into the heat of the battlefield with the well-known risk they may not return home alive.

Last week, Israeli Prime Minister Benjamin Netanyahu and President Reuven Rivlin celebrated the strong ties between America and Israel at a ceremony held at the home of US Ambassador Dan Shapiro in Herzliya. “Israel’s strongest and most central ally is America,” said Netanyahu.

Rivlin thanked the U.S. for its support saying, “We in Israel are committed, and we will remain committed to this special relationship.” Recognizing a common threat that both countries face, Rivlin emphasized that it will not deter the unity between Israel and the United States. “Our shared values are under attack, as in the terror attacks in Istanbul, Orlando, and Hebron. We will continue to confront these challenges together,” Rivlin declared.

“We will never forget that our true partner is the U.S. And do you know why this relationship will weather every storm and withstand every challenge? It is because when the U.S. looks at Israel, it sees itself. And when Israel looks at America, we see ourselves,” the prime minister affirmed.

On this July 4th, when Americans in the United States and those living abroad celebrate so many years of continued strength amid times of shattered dreams, Israel acknowledges the battle it shares with those in the west, and remembers the price which America too has paid in the quest for living as “one nation, under God, indivisible, with liberty and justice for all.”

From Israel to America: Happy Independence Day and God bless!