Brexit Chaos Could Be Gateway to Messianic Era, Says End of Days Rabbi 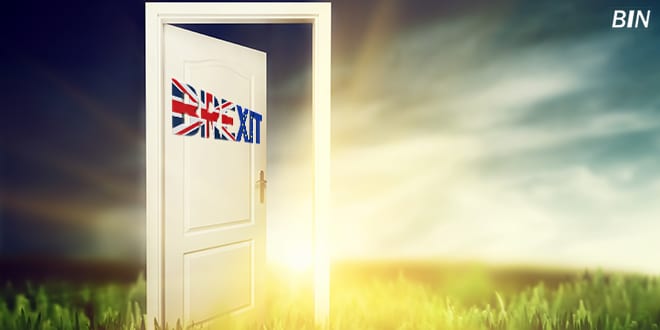 Over the past few days, the internet has been on fire with memes, commentary and conjecture about what Brexit means for the world. Some are concerned with the political and economic consequences. Some opine that it will be good for Israel and some assert the exact opposite.

Breaking Israel News investigated whether there are prophetic implications in the UK’s decision to exit the European Union.

One widely proposed opinion is that Brexit is a perfect expression of God’s Divine justice. The Jewish concept of middah kneged middah (measure for measure) is a theological understanding of the way God dispenses perfect justice. In this case, the European Union has been attempting to dismantle Israel by supporting Israel’s enemies. According to the principle of middah kneged middah, the Godly punishment is that the EU itself is now beginning to unravel.

Others have suggested that, as redemption nears, God is fulfilling the words of Genesis 12:3, settling scores with nations that have mistreated the Jewish people.

And I will bless them that bless thee, and him that curseth thee will I curse. Genesis 12:3

In that context, the consequences of Brexit can be seen as God beginning to curse the British nation for their historical actions against His Chosen People. For example, as is well-known, in the 1930s and 1940s, the British, who had political dominion over the Land of Israel, cooperated with the Arabs of Palestine against the Jews. Today, the consistent anti-Israel bias of the British Broadcasting Corporation (BBC) is well-documented.

The strongest connection being made between Brexit and redemption comes from End of Days expert Rabbi Pinchas Winston who sees Brexit as “yet another crack in the dam” that holds absolute chaos back.

“We know that chaos is an underlying force within Creation, a historical undercurrent. It is the stage on which history is acted out,” Rabbi Winston told Breaking Israel News.

“Humans use our free will to bring order to chaos. That’s how we earn reward in the World to Come.” Using free will, humankind once had the potential to bring in messianic era peacefully, Rabbi Winston explained.

However, the opportunity to do so has passed. Since we failed to use our free will to escort humanity into redemption in a peaceful, orderly way, it is chaos that will introduce the Messianic era.

Rabbi Winston quoted the Talmudic idea that “God made a condition with Creation. If the Jews kept the Torah, chaos will be kept under wraps,” but if not, the world will revert to a state of turbulence, as it was before Creation.

The worldwide instability that Brexit is expected to introduce is, according to Rabbi Winston another “crack in the dam.” Brexit is an example of how chaos is running amok in the world and “healing won’t come until the Messianic age comes.”

Looking to the situation in the US, Rabbi Winston commented to Breaking Israel News that President Obama is “leaving the world in way more chaos than [former President] Bush did. He has sped up messianism by leaving the world far more chaotic [than when he entered office].”

Finally, 2016 is the 100th anniversary of the Sykes-Pico agreement between the UK and France. This secret agreement gave Britain dominion over the Land of Israel. Asked whether this anniversary is related to Brexit, Rabbi Winston said, “It’s no coincidence. [This anniversary] makes us realize that [Brexit] is part of an ongoing historical process. We don’t believe in random events. In addition, the number 100 is very significant in Kabbalah (Judaism’s mystical tradition).”