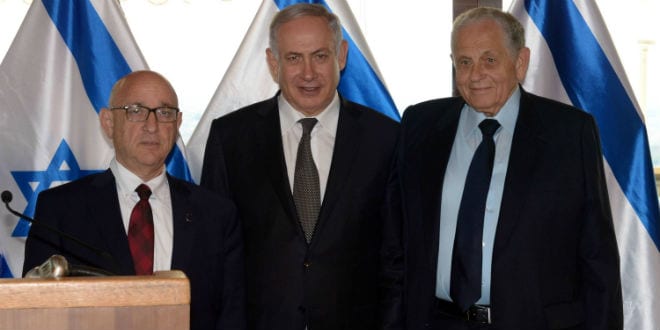 In two simultaneous press conferences in Rome and in Ankara on Monday, Israeli Prime Minister Benjamin Netanyahu and Turkish Prime Minister Ahmet Davutoğlu officially announced the signing of a reconciliation agreement between the two countries.

“Israel has reached a strategic agreement of immense importance for Israel’s economic and security interests now and in the future,” said Netanyahu. “Israel and Turkey are the two regional powers. Our previous distance prevented both our countries from maximizing our interests in the region – all that is gone now.”

According to the terms of the agreement, Turkey will cease to allow terror organizations such as Hamas to plan attacks against Israel or to raise funds from Turkish territory. While the Hamas headquarters in the country will not be shut down, several prominent members of the terrorist organization have been expelled from Turkish territory. Additionally, Turkey will stop blocking Israeli interests in international organizations such as NATO and the UN.

Israel, on the other hand, will permit Turkey to transfer humanitarian and material aid to the Gaza Strip, ruled by Hamas, through Israel’s Ashdod harbor. Israel will also transfer US $21 million to a Turkish fund as restitution payment to the families of participants in the Turkish flotilla to Gaza, a 2009 incident which further strained relations between Israel and Turkey and which resulted in the deaths of ten Turkish nationals.

Since the official announcement of the reconciliation agreement, several public Israeli figures have voiced criticism against the deal, labeling it as appeasement and an admission of guilt by Israel for the Gaza flotilla incident.

“Israel will pay Turkey restitution for the Marmara? I hope the news is untrue. If so, it’s a national humiliation and an invitation for more flotillas and libels by Israel’s haters,” Gideon Sa’ar, former minister of education and a potential challenger of Netanyahu for Likud leadership, tweeted on Monday.

MK Isaac Herzog, leader of the opposition and the Labor party, also weighed in on the agreement on his Facebook page. “Every Hebrew mother shall know the right-wing leaders will compensate her son’s attackers,” Herzog said, ironically echoing a famed statement by David Ben Gurion, Israel’s first prime minister. “The normalization of our relations with Turkey is an important political goal, but compensating those who attacked IDF soldiers is inconceivable.”

Netanyahu, however, dismissed his critics during the press conference in Rome.

“Some of the people criticizing this agreement are the same people who were saying just a week ago, ‘Why are you not closing this agreement? It’s just $21 million, it’s worth it for a partnership with the largest Muslim country.’”

“I do not run the country by tweets and momentary headlines,” added Netanyahu.

“We are not entering a honeymoon. I’m not trying to beautify this agreement or look at it through rose-colored glasses. What I am saying is that our vital interests are promoted by this agreement, that on balance it leans towards our interests,” explained Netanyahu during the press conference.

Other members of the opposition, including within Herzog’s own Zionist Union faction, such as MK Ksenia Svetlova, actually endorsed the reconciliation and even went as far as denouncing its critics.

“Those who are attacking the reconciliation with Turkey are mistaken and misleading the public,” tweeted Svetlova. “It’s a shame they are not examining the agreement to the point and are ignoring Israel’s strategic interests in order to make headlines.”

“I welcome today’s announcement of the normalization of relations between Israel and Turkey. This is an important and hopeful signal for the stability of the region,” said Ban during a press conference with Israel’s president Reuven Rivlin.