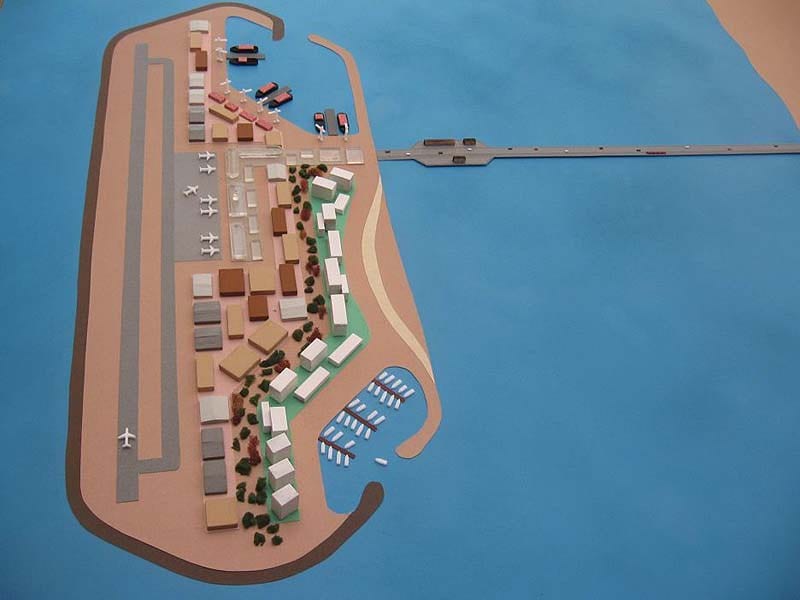 Yisrael Katz (Likud), who currently wears two ministerial hats: Transportation and Road Safety and Intelligence and Atomic Energy, is probably the most productive minister in Benjamin Netanyahu’s three consecutive cabinets, being responsible for an unprecedented network of new, modern highways crisscrossing Israel and an ever-improving train service — all of which means that if he has made up his mind to carry out a project, it’s probably going to happen, and sooner than one may think. The project in question is the Gaza harbor island, which Katz has recently begun to promote.

Speaking at the 2016 Herzliya Conference last week, Minister Katz described his plan for an island with a port off the Gaza Strip, connected to the mainland with a three-mile bridge, with no residential buildings, and, most important—no place for Hamas to dig terror tunnels. According to Katz, an artificial island to be built on the high seas would also be a spot which was “not promised by God to anyone,” with no ideological ties to any of the warring parties in the region. This island would be built strictly for humane and financial purposes: permit the monitored, daily flow of traffic in and out of Gaza, provide construction jobs for the people of Gaza, and, eventually, who knows, there’s room for many imaginative ventures once you’ve gotten yourself an island.

“We can practically change the current reality,” Katz promised last week. And on Monday he told reporters: “I do not think it is right to lock up two million people without any connection to the world. Israel has no interest in making life harder for the population there. But because of security concerns we can’t build an airport or seaport in Gaza [proper].”

This week, Minister Katz raised the heat under his proposal, announcing that Israel is actively seeking foreign investors to construct a $5 billion artificial island with a seaport, hotels and an airport just off the coast of the Gaza Strip. The island, comprising an area of three square miles would “ease the blockade it imposed on the Palestinian enclave a decade ago.”

Up until last week’s announcement, there were several alternative harbor proposals being discussed by the Israeli leadership, to help ease the pressure on Gaza’s civilian population without harming Israeli security. One was what seemed like an exotic idea a few months ago, of building an artificial island that would face the Gaza shore, where ships would unload their goods under strict Israeli control. One called for the harbor to be built in El Arish, a sleepy Egyptian town in the north-eastern Sinai, which is under Egyptian rule. There was also an idea to build a Gaza harbor in Cyprus. And, of course, there was the more intuitive idea of building the Gaza harbor in Gaza, but conditioning its operation on long-term ceasefire deals.

Katz insists his man-made island proposal is under review by Netanyahu’s security cabinet, and showing “a lot of potential.” The experts are drafting plans on ways to maintaining security on the offshore island and inside the off-shore harbor. One tactic being proposed is closing down the bridge when hostilities flare up on the mainland. But with Hamas investing in training its Navy SEAL commandos, closing down the bridge may not necessarily secure the island.

Minister Katz wants the island to be built with foreign investments, and he would like to see the Saudis and the Chinese, as well as private Israeli investors picking up the tab for his project. Katz said Israel would allow foreign construction workers into its territorial waters for the project.

According to the Washington Post, citing a high level Israeli official, Prime Minister Netanyahu is “exploring the option but has not yet made a determination.”

The Palestinian Authority hates the plan, which they called “dubious.” The PLO fears that the man-made island would bring about “the final severing of Gaza” from the PA.