Why Hasn’t the Messiah Revealed Himself? End of Days Expert Weighs In

Home » Why Hasn’t the Messiah Revealed Himself? End of Days Expert Weighs In 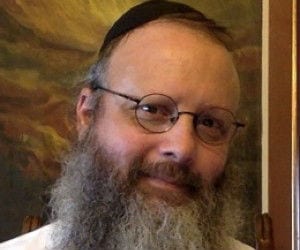 Geula (redemption) is exceedingly near and we need to make others aware of its impending arrival. These are two core messages delivered last week in Ramat Beit Shemesh, Israel by prolific author and End of Days expert Rabbi Pinchas Winston to an audience of English-speaking olim (immigrants to Israel).

Rabbi Winston compared the urgency with which people need to focus on the forthcoming redemption to having a plane reservation. When a person who has to board a plane at a certain time, everything that day is oriented around the awareness that the most important task of the day is being on that flight at departure time.That’s how concrete becoming focused on geula should be. That’s what it means to have geula-consciousness, he explained.

In his lecture, Rabbi Winston made a clear connection between chaotic current world events, such as extreme weather and Islamic terrorism, and the urgent necessity for redemption.

“Today, it is so much easier than, let’s say, 10 years ago, to want Moshiach (messiah) to come, because things are out of control… If you step back and look at all the events of history, everything is so ‘Armageddon-ish’. It’s actually quite bad. The world is actually tremendously unstable.”

Rabbi Winston gave credit to God for the fact that the world hasn’t already imploded on itself.

“The only reason why we are sitting here so calmly right now is not because the world has stability. It’s because HaKadosh Baruch Hu (The Holy One, Blessed Be He) has His finger in the dike.”

In a voice filled with passion for the topic, Rabbi Winston declared, “And now we’re approaching the Final Redemption. Without question. Moshiach is around the corner… Without question he’s here already. I don’t know how old he is, where he’s sitting, what he’s doing, what he’s learning. But he’s here. He’s not going to be born tomorrow. We’re just too close to the end. Way too close to the end. He has to be here right now!

His conclusion is that, at this time, the Jewish people “lack the national will for geula.” That’s something he’s intent on changing.

Rabbi Winston described for Breaking Israel News how several ideas came together in his thinking, including the importance of national will. He used the Biblical story of the newly-freed Israelite slaves crossing the Red Sea as a demonstration of the power of the Jewish people working together toward a single goal.

Chapter 14 of the Book of Exodus describes how the Children of Israel had no obvious means of escape from Pharaoh and his horsemen. Their faith in God was so strong that they went forward into the sea. And God miraculously opened the sea for them.

And Hashem said unto Moshe: ‘Wherefore criest thou unto Me? speak unto the children of Israel, that they go forward. Exodus 14:15

In addition, Rabbi Winston’s study of Judaism’s mystical tradition, known as Kabbalah, helped him recognize “how much of a role human will plays in actually creating and building the realities we want and often need.” Later, he studied Quantum Physics and was captivated by the discovery that “human observation plays a role in determining the outcome of experiments, and life in general.”

These ideas, along with his impressive command of Jewish history and Torah sources helped propel his thinking. “What I realized, and what I came to understand, compelled me to produce an entire seminar based upon these ideas.”

“I no longer had any choice,” he shared with Breaking Israel News, “at least with respect to these ideas. I had to get out there and do my part to energize our national will for redemption, while there is still time.The Final Redemption is at the door. It will be our collective national will to let it in that will let it occur peacefully.”