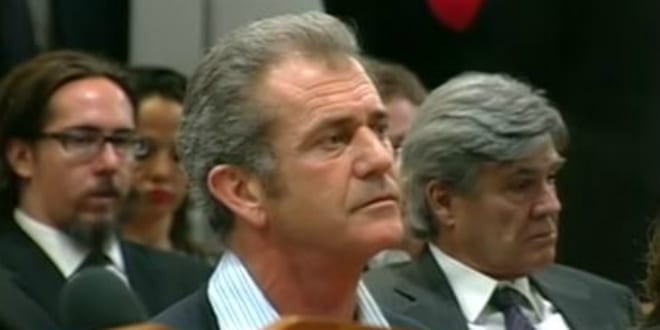 Mel Gibson and screenwriter Randall Wallace have reportedly begun work on the sequel to their controversial 2004 movie, “The Passion of the Christ”. “The Passion” was the most successful independent film of all time, grossing over $600 million on a $30 million budget. The film won three Academy Award nominations but polarized critics, attracting both raves and rage. Many family viewers were horrified by its graphic depiction of violence, which earned it an R-rating.

Perhaps even more controversial were its strong anti-Semitic undertones that  led to demonstrations and the resulting refusal of many companies to distribute the film for this reason.

“This is precisely the storyline that fueled centuries of anti-Semitism within Christian societies. This is also a storyline rejected by the Roman Catholic Church at Vatican II in its document Nostra aetate, and by nearly all mainline Protestant churches in parallel documents,” the statement read. “Unless this basic storyline has been altered by Mr. Gibson, a fringe Catholic who is building his own church in the Los Angeles area and who apparently accepts neither the teachings of Vatican II nor modern biblical scholarship, “The Passion of the Christ” retains a real potential for undermining the repudiation of classical Christian anti-Semitism by the churches in the last forty years.”

The Nation reviewer Katha Pollitt said: “Gibson has violated just about every precept of the United States Conference of Catholic Bishops own 1988 ‘Criteria’ for the portrayal of Jews in dramatizations of the Passion (no bloodthirsty Jews, no rabble, no use of Scripture that reinforces negative stereotypes of Jews)”.

Though Gibson denied any anti-Semitic intent in making “The Passion”, his claim took on water when, in 2006, during an arrest for driving while intoxicated in Southern California, Gibson was recorded in an anti-Semitic rant against the Jewish sheriff’s deputy who arrested him. “The Jews are responsible for all the wars in the world,” he was recorded as saying. “Are you a Jew?” He has also been criticized in recent years for offensive racist comments  and has struggled with alcoholism and issues concerning domestic violence.

“The Passion” also suggested that the Jewish Temple’s destruction was a direct result of the Jews’ actions towards Jesus, an opinion not espoused by Judaism and rejected by many Christians.

Joe Eszterhas, who worked with Gibson on a screenplay for a later movie about the Jewish Biblical hero, Judah Macabee, accused Gibson of hating Jews after Warner Bros. rejected the screenplay in 2012. He claimed Gibson repeatedly referred to Jews as “Hebes”, “oven-dodgers” and “Jewboys” and that he said the Holocaust was “mostly a lot of horseshit”. Eszterhas also quoted Gibson as saying, “What I really want to do with this movie is to convert the Jews to Christianity”.

Gibson’s father,  Hutton Gibson, is a notorious Holocaust denier. In an article in JTA, he was identified in by the Southern Poverty Law Center as an “important player” in the “shadowy world” of Sedevacantism, which is a sect of traditionalist Catholics who believe that the present occupant of the Holy See is not truly pope.

“These Catholic extremists, including the Gibsons,” wrote investigator Heidi Beirich, “may well represent the largest population of anti-Semites in the U.S.” Mel Gibson built his own traditionalist church in the Malibu hills that is so private and secretive that no one knows what goes on inside it, Beirich said. “But we do know his views are anti-Semitic, even if they don’t line up with his father’s,” Beirich said of Mel Gibson. “The alcohol defense is ridiculous. You don’t bash Jews just because you get drunk.”

“This idea of forgiveness and giving second chances to him is bad one. When you start OK’ing anti-Semitism and racism, you end up in a very bad place.”

A sequel to “The Passion” is seen as a chance to revive his defunct Hollywood career. Wallace attributed the making of a sequel to support from Evangelicals.

“The evangelical community considers “The Passion” the biggest movie ever out of Hollywood,” co-screenwriter Wallace told the Hollywood Reporter. “And they kept telling us that they think a sequel will be even bigger.”