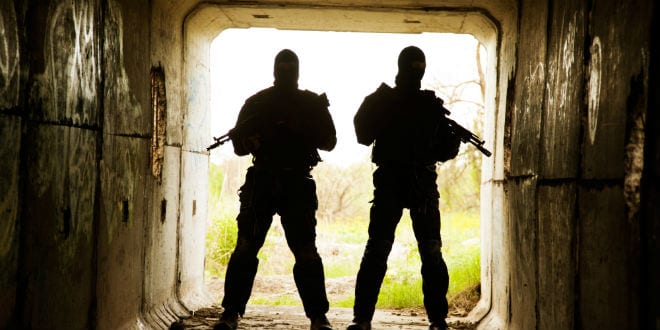 Bassam Mahmoud Baraka, a senior member of the Hamas terrorist group, who was involved in planning and building terror tunnels, surrendered himself and his family to Israel earlier in June, Ynet reported.

Baraka, whose father is also a senior member of Hamas in Gaza, crossed the border that divides Israel from Gaza with his wife and children. But the family wasn’t all the former terrorist brought with him: along with personal belongings, Baraka also packed his laptop and secret maps which allegedly show sections of the terror tunnel infrastructure within the Gaza Strip.

According to Ynet, the day Baraka disappeared, he had visited his wife’s parents and told them he would be back in the evening after running some errands. Then he took his family to the border, turned himself in, and handed over all his equipment to Israeli security forces stationed in the area.

The Red Cross has since officially informed Baraka’s extended family back in Gaza that he is now in Israel.

Baraka’s surrender no doubt provided optimism for the Israeli Defense Forces (IDF), both stationed on the border and those involved in daily attempts to uncover terror tunnels, who now have an inside source into the terror group’s plans for infiltration into the Jewish state.

Over the past few months, Israel has worked tirelessly to expose and destroy Hamas’s tunnels, even producing new innovations, such as the underground iron dome and Aquashield, which aids in the discovery of underwater tunnels, to make their job more efficient and ensuring a higher rate of success.

In the last month alone, the IDF successfully discovered, and destroyed, two Hamas tunnels. The tunnels are used by the terrorist group to secretly enter Israel and carry out attacks against Israeli civilians, as well as smuggle weapons and kidnap Israeli soldiers, such as Hadar Goldin, whose body has still not been recovered since he was taken captive during Operation Protective Edge in 2014.