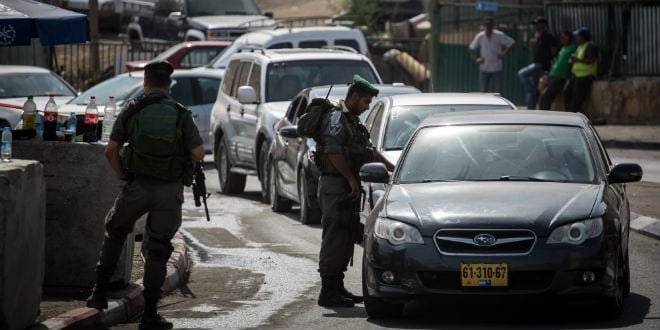 The US State Department condemned the recent terror attack in Tel Aviv, but also warned that Israel should avoid having any “impact on Palestinian citizens that are trying to go about their daily lives”.

On Wednesday night two Palestinians from a village near Hebron entered a restaurant in the Sarona Market in downtown Tel Aviv and opened fire, killing four. One terrorist was shot in the legs while attempting to flee and the other surrendered to police.

Israel has responded by rescinding 204 work permits of the terrorists’ family members and 83,000 entry permits for Arabs from Judea and Samaria to visit their families and the Temple Mount for their Ramadan period. Newly appointed Defense Minister Avigdor Liberman also announced that Israel would stop returning the bodies of Palestinian attackers to their families for burial.

On Wednesday night, Mark Toner, spokesman for the US State Department, made a statement condemning the attack.

“The United States condemns today’s horrific terrorist attack in Tel Aviv in the strongest possible terms. We extend our deepest condolences to the families of those killed and our hopes for a quick recovery for those wounded. These cowardly attacks against innocent civilians can never be justified. We are in touch with Israeli authorities to express our support and concern,” the statement read.

The attack was also condemned in public statements by the European Union and the United Nations Security Council.

On Thursday, Toner qualified his support for Israel, saying that a reaction to the terror attack should be careful not to inconvenience Palestinian civilians.

“We understand the Israeli government’s desire to protect its citizens after this kind of terrorist attack, and we strongly support that right. But we would hope that any measures it takes would also take into consideration the impact on Palestinian civilians who are just trying to go about their daily lives,” Toner said in a press conference.

The two terrorists did not have permits to work in Israel and arrived at the scene via a gap in the security fence.