UN is “Shocked” That Hamas is Celebrating its Own Terror Attack 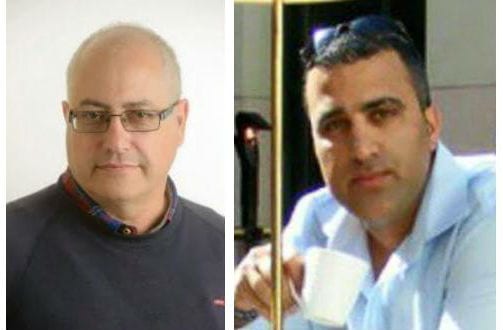 United Nations Secretary-General Ban Ki-Moon revealed his willful ignorance about Hamas’s true nature when he expressed “shock” at the terror organization’s leadership’s glee and pride over the killing of four and wounding of sixteen in a Tel Aviv terror attack on Wednesday night.

Among the killed were Ido Ben Ari, 42, a father of two, who had been dining with his family; Michael Feige, 58, a professor of Israeli studies at Ben Gurion University; Ilana Naveh, 39; and Mila Misheiv, 32.

Hamas, which the US State Department defines as a terror organization, claimed responsibility for the attack in an official Twitter statement, acknowledging the two terrorists as Hamas members and calling the shooting “heroic”.

The attack was “a message from children of the resistance to leaders of the occupation”, said Hamas leader Ismail Haniyeh.

He added that the shooting spree was only “the first surprise in store for the Zionist enemy during Ramadan.”

The month-long Muslim holiday of Ramadan is often marked by an increase in Arab violence and terror against Israel.

Hamas has triumphantly claimed responsibility for a large number of the terror attacks perpetrated against Jews and Israelis in the terror wave which began last September. So far, 38 people have been killed, and over 400 injured, in the ongoing rash of Arab and Palestinian stabbings, shootings and car-rammings.

The organization has never hidden its anti-Israel agenda. In fact, the Hamas charter states that Israel will remain only “until Islam eliminates it as it has eliminated its predecessors”.

Hamas is “one of the links in the Chain of Jihad in the confrontation with the Zionist invasion”, the charter proclaims.

Ban Ki-Moon, apparently unaware of Hamas’s openly acknowledged and advertised goal of destroying Israel, Zionism, and Jews, said in a statement that he was “shocked that the leaders of Hamas have chosen to welcome this attack and some have chosen to celebrate it.”

This is bad news for the UN, whose sympathy for terrorists is well-documented. It has repeatedly condemned Israel for “excessive use of force” against terrorists in the act of attacking innocent people.

His shock comes as a surprise to most Israelis, who have no illusions about Hamas’s murderous intentions. As Hamas itself was responsible for the attack (and many others), its “welcome” and “celebration” of the murders seem only logical.

However, logic has long escaped the UN when it comes to Israel. The international body has a well-known anti-Israel bias and soft spot for the Palestinian cause. In January, Ki-moon actually defended the wave of Palestinian terror, declaring, “It is human nature to react to occupation.”

Hamas was not alone in its celebration of the devastating attack. Palestinians in the West Bank set off fireworks after the shooting to express their jubilation, and in the Arab city of Tulkarem, candy was passed out in the streets.

The attack was strongly condemned by the US, with Washington calling it “horrific”. In a statement, spokesman Mark Toner said, “These cowardly attacks against innocent civilians can never be justified. We are in touch with Israeli authorities to express our support and concern.”

Presumptive Democratic presidential candidate Hillary Clinton also denounced the attack, calling it “heinous” and affirming, “I stand in solidarity with the Israeli people in the face of these ongoing threats, and in unwavering support of the country’s right to defend itself. Israel’s security must remain non-negotiable.”

Her rival, presumptive Republican candidate Donald Trump, did not make a statement about the attack.