What Does Biblical Numerology Reveal About Obama’s Roots in Ishmael and Islam?

Home » What Does Biblical Numerology Reveal About Obama’s Roots in Ishmael and Islam? 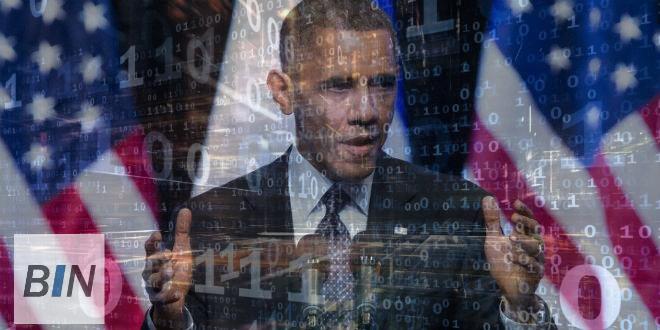 Judaism holds that a name is a powerful aspect of a person’s identity. Gematria, a method of Hebrew numerology, is commonly used as a method to understand how one fits into the divine plan. A glimpse into what numerologists have said about US President Barack Obama may reveal some uncomfortable truths, or simply confirm what we already suspect.

Gematria is the practice of assigning each Hebrew letter a numerical value. Rabbis teach that calculations of the Gematria of Hebrew names and words reveal hidden layers of meaning by linking together words and phrases of similar or identical numbers.

Torah scholars Joel Gallis and Dr. Robert Wolf, who taught the Bible for almost two decades, are experts in making connections through numerology. They wrote extensively about Obama in their blog, Redemption 5768, during Obama’s first term, and many of their conclusions are still quoted by Jewish thinkers today.

Gallis and Wolf noted that Obama was destined for leadership since the Gematria of his full name, Barack Hussein Obama (בּרק חוסיין אובּאמה), is 501, equal to the Gematria of the word ראש (head, or leader). The type of leader he will be is revealed through another calculation: Obama’s first term was as the 44th president of the United States, and the 44th word in the Torah is ולחשׁך (and to the darkness).

Though he self-identifies as a Christian, his mother’s religion, their numerology of Obama’s name connects him to Islam, the religion of his adoptive and biological fathers. The Gematria of his full name is equal to the Gematria of the word יִּשְׁמְעֵאלִּים (Ishmaelites), who are considered by most Biblical commentaries to represent Arabs and the world of Islam. The Gematria of Barack Obama, without his middle name (בּרק אובּאמה), is 357, the same value as קוראן (Koran), the holy book of the Ishmaelites.

Gallis and Wolf also found hints at Obama’s place in the Messianic process. At Mount Sinai, Moses prophesied about what would happen to Israel at the End of Days.

For I know that after my death ye will in any wise deal corruptly, and turn aside from the way which I have commanded you; and evil will befall you in the end of days; because ye will do that which is evil in the sight of the LORD, to provoke Him through the work of your hands. (Deuteronomy 31:29)

Moses predicted that evil would befall Israel as a result of their own actions (במעֲשֵה יְַדֵיכֶם). The Gematria of במעֲשֵה יְַדֵיכֶם is 501, equal to Barack Hussein Obama, who was elected two times by over 70 percent of the Jews in America, despite his decidedly anti-Israel policies.

In the verse, Moses uses the word וְקָרָאת (and it will happen). The only other time this form of the word is used in the entire Torah is when an angel tells Hagar that she is with child and that she should call her son Ishmael (Genesis 16:11). The angel reveals the future of Ishmael:

And he shall be a wild ass of a man: his hand shall be against every man, and every man’s hand against him; and he shall dwell in the face of all his brethren. (Genesis 16:12)

Despite calling for peace, Obama has fulfilled the prophecy concerning Ishmael’s influence in the world and his destructive role in Moses’ prediction of the end of days. Last month, Obama claimed at a speech in Germany that we are living in the “most peaceful era” in history. However, a recent study by Mida, a liberal Israeli current affairs and opinion online magazine, showed that 80 percent more people were killed in wars around the globe under Obama than under Bush.

The Gematria of Obama’s full name is also equal to the Gematria of the phrase  מי  במים ומי באשׁ (who by water and who by fire). This is the first method of divine retribution listed in the liturgy recited on Rosh Hashana and Yom Kippur. Gallis and Wolf claim this is related to Obama’s hubris as exhibited in Obamacare, his healthcare program. The president now decides who will receive healthcare, who will live and who will die.

Interestingly, the Torah teachers note that the Gematria of Obama’s name actually indicates that he is indeed very close to being the messiah – with one significant difference.

“The Gematria of Barack Obama בּרק אובּאמה is 357, just one short of the 358 of Mashiach (Hebrew for messiah). But the ONE that is missing is Hashem, the Master of the Universe who is ONE. Without God on his side, he is nothing but a false messiah.”

President Obama has been in office for almost seven and a half years. While next year’s candidates campaign for votes, it is important to understand what happened under the last president in order to determine what is needed from a future leader. Gematria is a unique tool for presenting possible interpretations of modern events from a Biblical perspective.