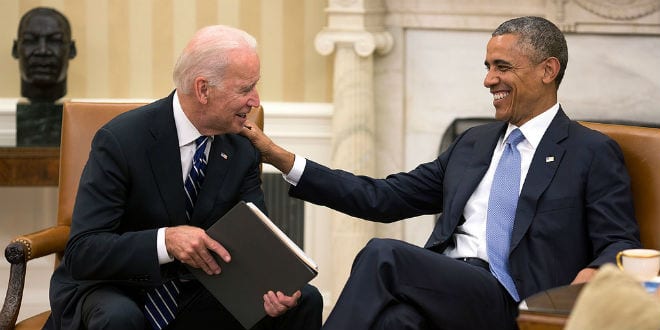 Speaking at West Point to the US Military Academy’s class of 2016 on Saturday, Vice President Joe Biden stated that enlisting more gays and women has improved the military.

In 2010, the US military repealed its policy of “Don’t ask, don’t tell”. Under that policy, any military personnel stating publicly that they were homosexual were discharged. Biden addressed class president Eugene “E.J.” Coleman, who is openly gay, saying, ” E.J. would have been discharged from the Army, and we would have lost an incredible talent. Thanks for your courage, E.J., and I expect we’re going to hear big things from you, pal.”

Biden also addressed the new role of women in the military.

“Having men and women together in the battlefield is an incredible asset, particularly when they’re asked to lead teams in parts of the world with fundamentally different expectations and norms,” Biden said in his speech.

At the ceremony, more than 950 cadets received their degrees and commissions as second lieutenants. Among them were the first seven women to be commissioned into combat divisions since combat restrictions for women were lifted.

Biden went on to say, “Whenever the stakes are highest, we turn to the United States Army. Whether it’s fighting terrorism, training our partners, reassuring our allies or providing humanitarian relief, we call on you,” he said. “And right now, the stakes could not be higher.”

Biden claimed the biggest threat to American security was from cyber-attacks.

“The bad thing about advanced technology is that it gives immense powers to stateless actors,” Biden said, adding, “You’ll need to dominate the cyber realm as you do the physical one.”

Biden’s announcement follows a recent trend in US military circles. Last week, the US Senate approved the appointment of Eric Fanning as the US Secretary of the Army. Fanning, nominated in September, is the first openly gay official to head a branch of the Armed Forces.