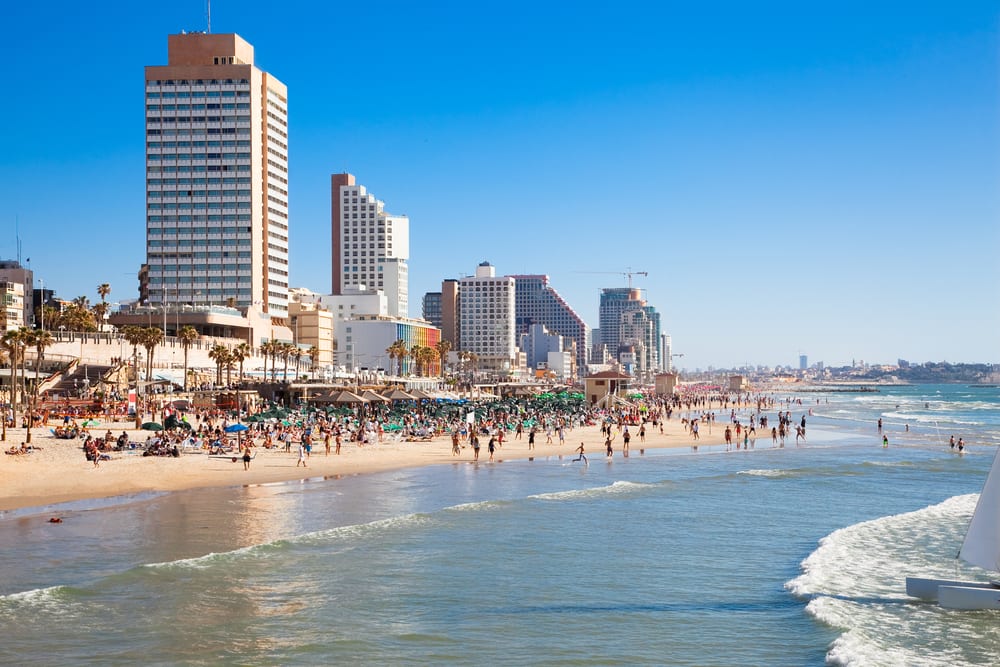 A growing number of  non-kosher Tel Aviv restaurants are taking pork off the menu in a surprising trend rejecting the Torah-banned meat, reported Haaretz.

Pork, which Jews are forbidden from eating in the books of Leviticus and Deuteronomy, has been a staple at restaurants in Israel’s most famously secular city for decades. Recently, however, restaurateurs have noticed a marked decline in demand for the “trafe” (unkosher) dish.

“We used to be the biggest pork restaurant in Tel Aviv,” Nir Weiman, chef and owner of Mel & Michelle, a popular non-kosher restaurant which for years was known for its pork dishes, told Haaretz. “But over time, more and more diners were telling us that although they enjoyed their meal, they wouldn’t be coming back. When asked why, the answer was always the same: ‘Because there’s pork in the kitchen.’”

Weiman explained that while Jewish patrons didn’t mind the presence of shellfish or other forbidden seafood in the kitchen, pork specifically seemed to strike a nerve. People would call the restaurant to inquire whether pork was served before coming, he said.

As a result, Mel & Michelle reduced the number of pork dishes on their menu from five to three, then from three to two. Today, the restaurant offers only a single dish including pork, and Weiman said it’s possible that, too, will soon be removed.

Tel Aviv was the place to go for pork in the early 20th century, when secular immigrants from Europe were pouring into the country with a taste for the meat and without cultural or religious sensitivities towards it. Even when pork was considered off-limits and abhorrent in other parts of the country, it was easy to find in Tel Aviv.

Today, however, things are different. A survey published earlier in the month revealed that a whopping 70.6 percent of Israelis do not eat pig’s meat, findings that are consistent with the first-hand experience of Tel Aviv restaurant owners and chefs.

“In Israel in 2016, pork is taboo. Even people who aren’t religious and don’t really keep kosher still consider the pig an unclean and untouchable animal,” said Zviki Eshet, the owner of two non-kosher Tel Aviv restaurants. He decided his eateries would be pork-free even before opening them.

“Greek cuisine uses a lot of pork, but we had to adapt our menu to the Israeli climate because a lot of people won’t come near a place if they see that pork is served there,” he admitted.

While some Tel Aviv restaurants have turned kosher, most are not, remaining open on the Sabbath, serving milk and meat together, and offering patently forbidden foods. Even so, pork is increasingly unavailable. The owners of butcher and deli shops which used to sell pork, ham and bacon noticed that customers didn’t like seeing pig meat next to their chicken and beef, and consequently removed it from on offer.

The anti-pork trend is consistent with polls which suggest that religious observance is on the rise in Israel, even among secular Israelis. The most recent such poll found that 86 percent of Israelis believe in God or a higher power, nearly 50 percent fast on Yom Kippur, 45 percent perform the traditional Sabbath blessing over wine, and 43 percent light Sabbath candles.