African King in Israel to Claim Lost Tribe Status: We are All Jews Under the Kingdom of God

Home » African King in Israel to Claim Lost Tribe Status: We are All Jews Under the Kingdom of God 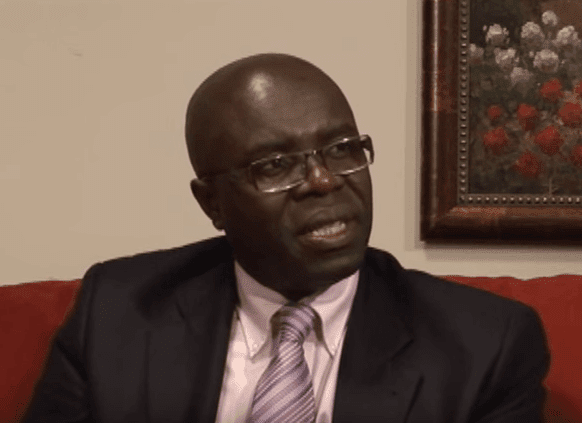 On Sunday, the Israeli Religious Affairs Minister, David Azulai, received an unusual visit from a member of royalty with an even more unusual request: the ruler of the Republic of Togo, King Francois A. Ayi, came to ask that the State of Israel officially recognize the people of Togo as one of the lost tribes of Israel. His mission is not only nationalistic; it is Messianic, and includes all of Africa.

“My desire is to come to the Western Wall with my people next Sukkot and shout ‘Shema Israel,’” said the king.

In an interview with the Hebrew news site Kikar Shabbat, King Ayi explained the reasons behind his visit.

“A state that does not recognize God, and it has no religion – is a country that does not know where it is going. As a professor who studied other religions, I can tell you that there is no religion that has entered into my heart like the Jewish religion.”

Many might be surprised to learn that the King Ayi studied Christian-based constitution at the Provident Foundation Institute of Virginia, as well as the law of Biblical principles of governing. He received his Doctorate of Divinity Degree in Theology in Alabama, and became a professor at the National Bible Institute (now Washington Bible College) in Maryland.

“We in Africa have no Jewish Studies,” the king explained. “The meeting with the minister, who received me so warmly, will begin to open the doors to the tribes of Africa and the world, for those who want to know about Judaism and connect to the Land of Israel.”

King Ayi revealed that this meeting had been destined for quite some time.

“I didn’t just discover that I was a Jew. I have always been a Jew. We all know this. Before Togo became a republic, it was a kingdom called ‘The Jewish Kingdom of West Africa’. Our founding fathers came from Israel more than two thousand years ago via Egypt and Morocco.”

He brought some astounding proofs.

“We kept the Jewish New Year and all the Jewish laws. We do not eat meat and milk together, we have circumcision on the eighth day, and observe the Sabbath,” the king explained.

“My message,” he said, “is to bring all the kings and queens of Africa, since I am their king, to come and see what the God of Israel has done. So they can see the Biblical history and the truth. I want all the Jews in the world to come here and sing the Shema prayer.”

King Ayi has the ability to bring about this grand vision. During the second World Conference of the Council of Chiefs and Kings of Africa in 2002, King Ayi was crowned by his peers as head of the Organization of Kings and Queens of Africa.

When asked what brought him to the final decision to come to Israel, the king had a thoughtful reply.

“I feel that I must join with the Jews now in order to continue the tradition I received. I want to lead my people and all the people ruled by the kings under me to understand that the God of Mount Sinai is the God we seek today.”

King Ayi’s visit with the Israeli minister comes several months after the king met Rabbi Chaim Kanievsky, one of the leading rabbis of the generation. When meeting the king, Rabbi Kanievsky recited the rare blessing said upon seeing royalty.

Blessed art thou, ruler of the universe, who has given of his honor to flesh and blood.

“The rabbi was like a father to me, he held my hand, and I felt that this person is sacred, his entire heart is devoted to Hashem (God),” said King Ayi of the fateful meeting. “He prayed for me and blessed me with the most amazing blessing of my life and it stuck in my heart.”

Minister Azulai responded to the king’s claims of being part of a lost tribe with caution, saying, “This needs to passed through the Chief Rabbinate for them to be accepted Halachically (according to Torah law) and then on the practical level.”

King Ayi was asked how he would respond to rabbis who doubted the veracity of his claims.

“If a rabbi says that a Jew who is  trying to come to Judaism is not a Jew – he should  go and read the Torah again. The Torah says that the lost tribes are beyond the River Sambatyon. In the end of days, all the Jews in the world will be revealed, and people from far away will return. Judaism is not only in Europe. It is all over the world.”

“While our aunts and uncles were being murdered in the Holocaust, many of our people – black Jews in Africa – were being killed as well. Many of the black Jews were taken to America as slaves, and some blacks in America are Jews. This has been verified by genetic testing,” the king said.

He concluded with a message of unity. “It’s time we know that we are one: there is no white Jew, green Jew, or black Jew. We are all Jews under the kingdom of God.”