Need a Medical Procedure? Call in the Clowns!

Home » Need a Medical Procedure? Call in the Clowns! 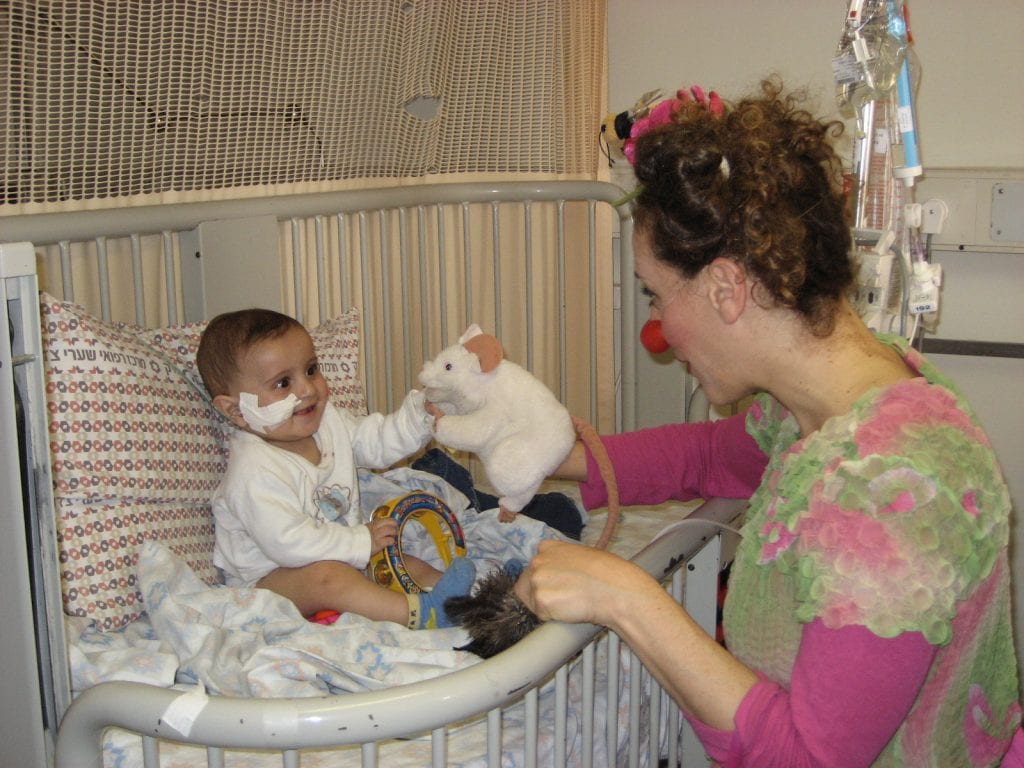 Israel is internationally recognized for its high tech and medical advances. Slightly less well-known is Israel’s unique initiative of including medical clowns in the healing process for hundreds of thousands of patients per year.

“Dream Doctors medically-trained clowns do much more than entertain patients to relieve their boredom,” explained Tsour Shriqui, Director of The Dream Doctors Project, to Breaking Israel News. “Our professionally-trained medical clowns are integral parts of the hospital healthcare system in Israel.”

The Dream Doctors Project, established in 2002, improves the wellbeing and healing of both child and adult patients and their families by lessening anxiety and distracting them from their pain and procedures. In addition, hospital medical personnel recognize that, with the professional and caring help of medical clowns, treatments go smoother and faster.

Dream Doctors medical clowns work daily in Israel’s hospitals. Additionally, during times of war and natural disasters, their workload increases. Israel’s medical clowns serve both within the Holy Land’s borders and, through the Ministry of Foreign Affairs, also join Israeli medical staff as they provide medical and humanitarian aid all over the world.

Israel’s well-trained medical clowns were sent into Thailand in 2004, following its devastating tsunami. They were a major part of helping and healing patients and staff suffering from PTSD in 2009 during the war in Gaza and provided aid in Haiti following its catastrophic earthquake in 2010.

In fact, in a historical move following their humanitarian work in 2015 in Israel’s field hospitals and orphanages in Nepal after an earthquake, the Israeli army now accepts Dream Doctor clowns as reservists. It is clear that medical clowns form part of a solid treatment triangle between patients, medical teams and clowns, increasing successful medical outcomes.

“Dream Doctors medical clowns have proven themselves again and again as crucial medical professionals around the world,” shared Shriqui with Breaking Israel News.

With scheduled hours and shifts, The Dream Doctors Project is making a concerted effort to promote medical clowning as an officially-recognized paramedical profession similar to nursing and occupational therapy. Working with Israel’s Ministry of Health, the project hopes that medical clowns will soon be officially part of multidisciplinary care teams in various medical units and help perform procedures to advance care.

Until that time, The Dream Doctors Project, along with the hospitals in which medical clowns work, depend on donations to maintain their activities.

“As terror continues in Israel and around the world, along with wars and natural disasters, The Dream Doctors Project must increase the amount of trained medical clowns,” expressed Shriqui. “As we subsist through donations, we are now holding a crowdfunding event to add five additional clowns to our team. To put this into perspective, this increase will provide 7,800 children and endless doctors in Israeli hospitals with better medical outcomes and relief.”

The Dream Doctors Project ultimately hopes that, just like doctors are on call 24/7, medical clowns will one day be available around the clock to help medical staff and patients during their time of need. “With our crowdfunding initiative, we are hoping to raise enough funds to ensure that medical clowns are found in every hospital in Israel and available to perform humanitarian aid throughout the world,” said Shriqui. “Sick and traumatized people all benefit from the magic of meeting a medical clown.”