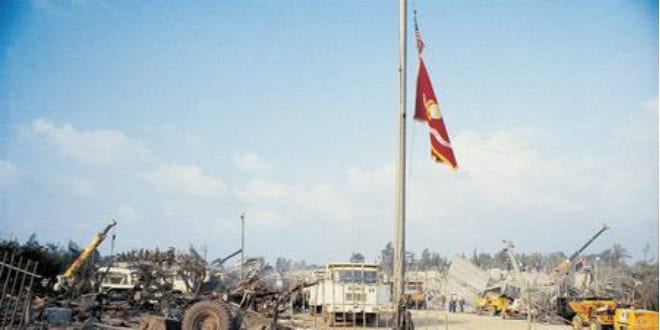 “He took part in most of the operations of the Islamic resistance since 1982,” Hezbollah said in a statement. The statement to the press also said they were working to “define the nature of the explosion and its cause, and whether it was the result of an air strike, or missile (attack) or artillery.”

Israeli sources have not responded to the claims made by the Arab media that Al-Din was killed by an IAF airstrike. Israel has executed several airstrikes in Syria, mostly to destroy supplies of missiles and rockets en route to Hezbollah in Lebanon.  Last year, it was reported that an Israeli rocket strike killed Lebanese terrorist Samir Kuntar in the Damascus district of Jaramana.

It was reported in Debka that Al-Din’s death may have been as the result of infighting due to conflicts in the Hezbollah leadership over their role in Syria’s civil war. Hezbollah has been taking heavy losses in Syria, over 1,200 fighter s killed, partially due to Russia providing less aerial support for Syrian forces. It was reported that Al-Din wanted to reduce Hezbollah’s presence in Syria in defiance of  the orders of Hasssan Nasrallah, secretary general of Hezbollah.

Until 1982, Al-Din was a member of Fatah, now known as the Palestinian Authority.  He was one of five Hezbollah members indicted by the UN-backed Special Tribunal for Lebanon in the 2005 killing of statesman Rafik al-Hariri.

Al-Din was also arrested in 1983 for the truck bombings of the US and French embassies in Kuwait City that left five people dead and 86 injured. He escaped from Kuwaiti prison when the country was invaded by Iraq in 1990.

Lebanese media outlet, Ya Libnan reported that Al-Din was behind the bombing of the US Marine Corps barracks in Lebanon in 1983, which killed 241 marines. The US Treaury Department put Al-Din on the list of Specially Designated Global Terrorists in 2012.