In Israel’s Desert and Mountains, Pioneers Work to Fulfill Vision of Messiah

Home » In Israel’s Desert and Mountains, Pioneers Work to Fulfill Vision of Messiah 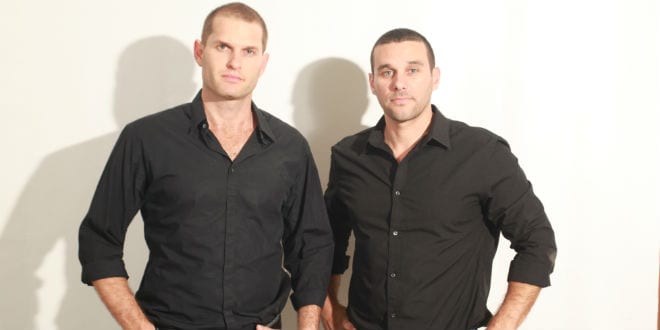 Secular Zionism brought about the miraculous reincarnation of God’s promise to Abraham, but in the bustle of the modern technological metropolis that is modern Israel, the original vision was lost. A new Zionism has arisen that is bringing about the prophetic vision of making Israel’s deserts bloom.

Ofir Fisher and Roni Flamer have revived Zionism while bringing about Isaiah’s prophecy of making the desert bloom through their organization, the OR Movement, aimed at helping to settle the Negev and the Galil.  Their motives to build up Israel, like the original Zionist movement, grew out of the ashes of the Holocaust.

The mission began on a school trip to former concentration camps in Poland. Deeply affected,  they took the vow of ‘Never Again’, deciding to do something to bring light into the world to counter that historic darkness. In 1999, after completing their service in the IDF, the two established the community of Sansana in the Negev. After its success, they launched the OR Movement, an Israeli non-profit dedicated to developing the Negev and Galilee, to further fulfill their purpose.

The organization’s mission, while not specifically religious, is a return to the roots of Zionism, which some saw as deeply connected to the Messianic process. While the Zionist movement  was originally rejected by many rabbis for its secular nature, Rabbi Abraham Isaac Kook, the first Ashkenazi Rabbi of the British Mandate in Palestine and the founder of the religious Zionist movement, saw the fledgling  movement as the incarnation of Messiah from the house of Joseph (Mashiach ben Yosef) – the practical Messiah that precedes Messiah ben David.

It is significant that this new Zionism should reappear in the Negev. In his book, Importance of the Negev, David Ben Gurion, Israel’s first prime minister, said that the struggle to make the Negev desert bloom was a way the Jewish people could make a major contribution to humanity as a whole. This secular Zionist vision coincided with Isaiah’s prophecy that the Messianic era would see the desert bloom.

“The wilderness and the parched land shall be glad; and the desert shall rejoice, and blossom as the rose.” (Isaiah 35:1)

The organization has helped establish nine new communities and revive 64 that were on the verge of extinction, including a kibbutz with only one resident which is now  thriving. Unlike the almost exclusively religious settlements in Judea and Samaria, the new settlements in the Galilee and Negev host a wide range of different types of communities: religious Zionist, Orthodox, secular, mixed, and even a Bedouin settlement.

As an aspect of modern Israeli society, OR is a revival of the original Zionism for a new generation of Israelis, Fisher explained to Breaking Israel News.

“We believe that the Galil and the Negev are the next stages of Zionism. It is the solution for so many of israel’s problems,” Fisher said. “Most importantly, it is creating opportunities for the young people. I have seen an amazing awakening in the younger secular Israelis that are seeking a purpose.”

Fisher, born in South Africa, grew up in a religious Zionist family in bustling Petach Tikva. He envisions settling the Negev and Galil as a direct continuation of the original Halutz (pioneer) movement.

“Every generation is looking to relate to Zionism in a different way,” Fisher said. “At first, it was a yearning for Zion. Then it was a desire to establish the state. Then it became a desire to defend Israel, and to bring back the exiles. What drove us to settle these areas is to give Zionism a new definition that is meaningful for us, for the generation of Israelis that grew up in the cities.”

Fisher noted that the new generation was particularly challenged to connect to the nationalist mission, but they are now awakening to their new place in Ben Gurion’s vision.

“For a long time, the Zionist youth movements became irrelevant. They kept the kids occupied but they weren’t offering anything meaningful. What I’ve seen happen in the last ten years, since we began establishing communities in the Negev, is that this idea of settling  spread out into the youth movements. Now we have groups of young people coming to the Negev and Galil to establish their own communities.”

The diversity of the settlements represents a truly national movement, he added. “Settling the Negev and Galil is a type of Zionism that includes all Israelis: religious, secular, right and left-wing. This is an awakening of Zionism that comes after a few decades of it fading away.  This is the main message we are trying to convey.”

Rabbi Kook’s Messianic mission was picked up by the religious youth in the settlements of  Judea and Samaria. Driven by nationalist rather than religious motivations, Fisher sees the new OR settlements in the same light that Rabbi Kook did: as a movement outside of Orthodox Judaism but with strong roots in the Biblical process of Jews returning to the land of Israel.

“Some people may feel that Zionism is alive only in the religious community, but there is still a thriving Zionist movement in other parts of Israeli society. They wouldn’t call it Moshiach ben Yosef, but they are definitely looking for a way to help the nation of Israel. They may use a different term to describe what they are doing, but the goal is the same,” Fisher said, adding, “I see Israel as the Jewish homeland, and as such, it should be a light unto the nations, and I see that happening here. It’s clear that anyone who has a part in building up Israel is part of the geula (redemption).”