Jewish Response to Murder: Yet Another Building Acquired in Old City

Home » Jewish Response to Murder: Yet Another Building Acquired in Old City 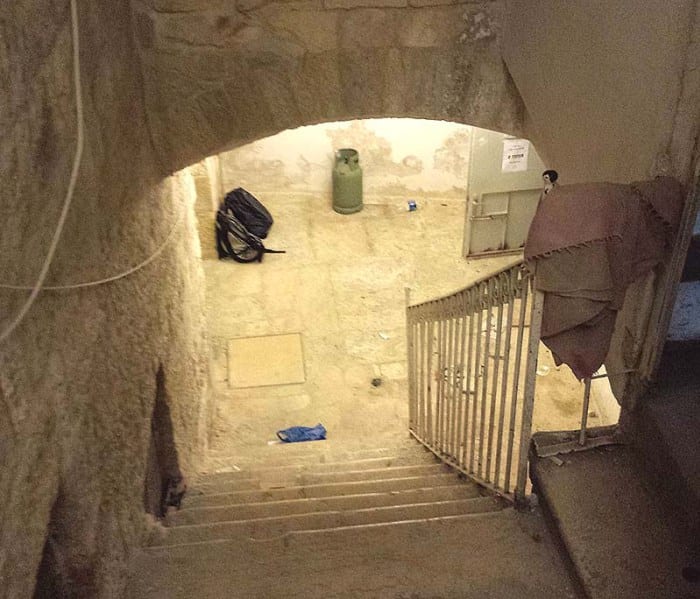 Last October, Rabbi Nehemia Lavi, 41, his wife and their seven children were having the third meal in their rooftop sukkah in the “Muslim Quarter” (which used to have an even mix of Jews, Muslims and Christians until the 1929 Arab riots) of the Old City of Jerusalem when they heard a woman’s cries for help from the street below. Rabbi Lavi, an officer in the IDF Reserves, grabbed his gun and ran downstairs, where an Arab terrorist, who had already murdered 22-year-old Aharon Bennett and seriously wounded his young wife Odel, repeatedly stabbed Lavi in the chest and neck, killing him, too. Then the Arab took the rabbi’s gun and shot the Bennetts’ toddler in the leg. Odel, with a knife in her shoulder, managed to run to an Israeli police outpost fifty meters away before losing consciousness. The police shot and killed the terrorist.

In what they dubbed a “true Zionist response” to Arab hatred and terror, Ateret Cohanim, an Israeli Jewish organization with a yeshiva and about 1,000 Jewish residents in the “Muslim Quarter” of the Old City of Jerusalem, recently helped facilitate an acquisition of another building located not far from the Flowers Gate, near the site of the murders, continuing the Jewish return to this part of the Old City.

The building (yet to be named) will be home to 3 or 4 Jewish families and some Yeshiva students. Ateret Cohanim is also involved in the revival and strengthening of Jewish life in the old Yemenite Village of Shiloach (Silwan), which has doubled over the last year; in the Jewish neighborhood of Maaleh HaZeitim (near Ras al’Amud on the Mt Olives); and in Kidmat Zion, at the eastern border of Jerusalem.

Ateret Kohanim issued a statement Monday morning saying, “Arab terror and ongoing Arab incitement and violence, aim to drive Jews out of Jerusalem, to keep Jews away from the Old City, the Temple Mount and even the Kotel, and also intend to weaken the resolve of the Jewish people, especially of the families and students in and around the Old City. However, the Arabs are mistaken on all fronts. We will not be driven out of ‘our Jerusalem’ and such acts of violence have only strengthened our resolve, conviction, faith and fortitude.”