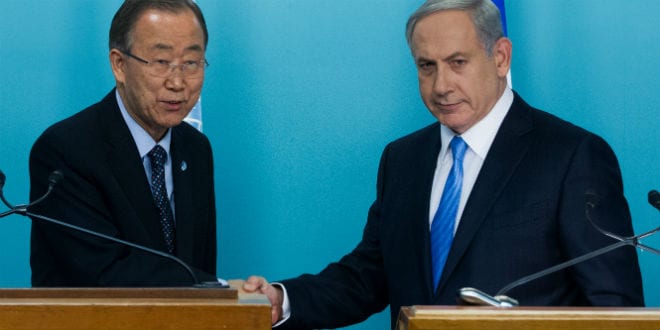 On Friday, Netanyahu stated that he was shocked that UNESCO would adopt “a decision denying any Jewish connection to the Temple Mount, our holiest site.”

“That is why today I am announcing a seminar on Jewish history for all UN personnel in Israel,” he said in a statement. “I will personally host the lecture at the Prime Minister’s Office,” said Netanyahu, noting that it would be delivered by a “leading scholar of Jewish history.”

He also invited to the lecture diplomats “of countries which voted for this outrageous decision”.

Mladenov responded by declining the offer.

“If someone wants to issue invitations they should be for Paris and addressed to the ambassadors of the member-states of UNESCO there,” he said in a statement.

“UN staff in Jerusalem know the history of the region, its people and religions all too well.”

The resolution was approved by 33 states, including France, Russia, Spain and Sweden. Seventeen countries abstained while six voted against including the United States, Estonia, Germany, Lithuania, the Netherlands and the United Kingdom.