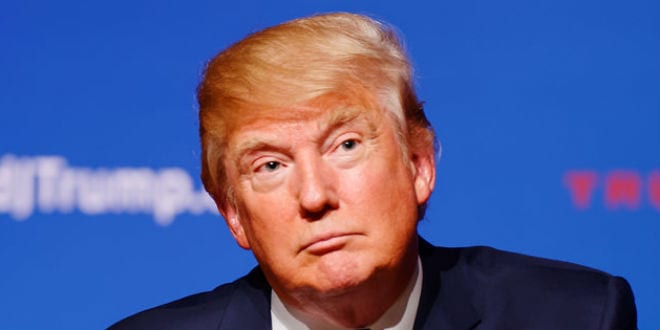 Donald Trump, who is all but guaranteed to nab the Republican presidential nomination, declared his support on Tuesday for Israeli construction in the Judea and Samaria regions. The view represents a sea change from the current administration, which has repeatedly called for a cessation of building over the Green Line and accused Israel of harming peace efforts through its building programs.

On the premise of urging both sides to the negotiating table, President Barack Obama insisted in 2009 that Prime Minister Benjamin Netanyahu’s government cease all new settlement construction. Netanyahu agreed, freezing settlements for 10 months while talks were underway. However, when the period expired with no progression towards a peace agreement, the freeze was lifted, angering the US.

Trump’s stance would be a total break with the Obama administration’s Israel policy, which is widely regarded as having contributed to a considerable cooling of ties between the two allies.

“Look, missiles were launched into Israel, and Israel, I think, never was properly treated by our country,” the real estate mogul continued, referring to 2014’s Operation Protective Edge, which Israel initiated in response to a barrage of rocket fire from the Gaza Strip. Israel was condemned on all sides for what the international community deemed to be a “disproportionate” reaction to Hamas’s indiscriminate rocket attack.

“I mean, do you know what that is, how devastating that is?” Trump asked in defense of Israel’s actions. “You have hundreds and, I guess, thousands of missiles being launched into Israel, who would put up with that? Who would stand for it?”

He added that, in spite of his support for the settlements, he would “love to negotiate peace” between Israel and the Palestinians, calling it “the all-time negotiation”.

Of Netanyahu, Trump said that while he didn’t know the Israeli premier that well, “I think I’d have a very good relationship with him.”

“I think that President Obama has been extremely bad to Israel,” he added.

Israel has built hundreds of Jewish communities in the Judea and Samaria regions, from large, organized cities to tiny, brand-new settlements, reestablishing the Jewish presence which the Bible describes at length and which has been proven, over and over, by archeological finds in the ancient hills and deserts. Many of today’s communities have been built directly on the sites of Biblical cities and towns, bringing the eternal connection of the Jewish people to the land of Israel to life once more.