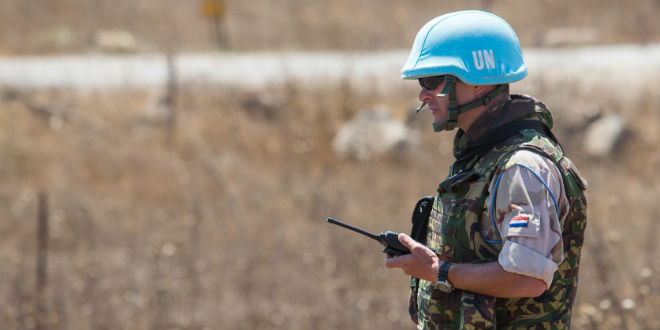 In what could be seen as a plot to further vilify the Jewish state, the UN plans to thoroughly scrutinize Palestinian claims of “torture” at the hands of Israel in a two-day hearing which will take place this week.

Officially established in 1987, the UN Convention Against Torture is a body made of up 10 members who are dedicated to preventing torture and any other international claims of inhumane, cruel, or degrading treatment. The upcoming hearing is standard practice for each of the 159 countries that signed the convention; Israel added its name to the list in 1991.

At least 13 left-wing non-governmental organizations (NGOs), several Israeli, submitted reports to the UN committee claiming that the Jewish state has explicitly violated the Convention Against Torture. The groups include Amnesty international, Yesh Din, and Hamoked, an organization known for its activism against the destruction of the homes of Palestinian terrorists’ families.

Only one NGO submitted a report in Israel’s favor: the Jerusalem-based NGO Monitor.

The UN intends to raise a number of issues regarding Israeli conduct with Palestinian detainees. Among them: treatment of minors, the demolition of Palestinian homes, Israeli civilian violence against Palestinians, human trafficking, handling of asylum seekers, Israeli investigation of torture complaints, as well as the possible continued use of a secret prison known as detention facility 1391, The Jerusalem Post reported.

In the past, prior to similar hearings such as the one which will take place this week, Israel had appealed not to include episodes involving Palestinians in the West Bank among their investigation, arguing that the Convention Against Torture should only be applicable to areas which are under Israeli law. The West Bank, on the other hand, currently operates under military control, something which Justice Minister Ayelet Shaked recently stated she plans to ratify.

But in a 2012 report, the UN told Israel that it rejected their claim.

“The committee further notes (a) that the state party and its personnel have repeatedly entered and established control over the West Bank and Gaza; (b) that, as acknowledged by the state party’s representatives during the dialogue with the committee, security detainees from the area are, in substantial numbers, detained in prisons within the boundaries of the State of Israel; and (c) that Israel admittedly maintains “full jurisdiction” over cases of violence in the territories by Israeli settlers against Palestinians.

“Thus, the state party maintains control and jurisdiction in many aspects on the occupied Palestinian territories,” the committee wrote.

UN bias against Israel is far from a new development. Irrefutable evidence to the matter are the nearly two dozen resolutions which were adopted by the UN against the Jewish state since last November alone. Further, Secretary General Ban Ki-moon is nefarious for his blatant anti-Israel stance. One such example was his expression of support for Palestinian terrorism, which the Secretary General stated is a “natural response to occupation.”

Taking this bias into consideration, the absence of any investigations against the Palestinian Authority, especially amid the ongoing terror wave in which over 30 people have been killed by Palestinian terrorists, is not altogether surprising. Most recently, an elderly Israeli civilian was stabbed at the Lions Gate outside of the Old City of Jerusalem on Monday night.

Though the UN has yet to establish any form of investigation of the Palestinian record, it did include some comments regarding the PA and Hamas in its 2009 report on Israeli activities, according to The Jerusalem Post.

A team consisting of 13 members from the Justice and Foreign Affairs ministries will appear before the UN at the hearing which will take place on Tuesday and Wednesday. Rejecting convention accusations of Israeli brutality, the team plans to clarify and emphasize that any and all prisoners, Palestinian or not, are “treated according to the norms of Israeli and international law and that their rights are fully respected at all times.”