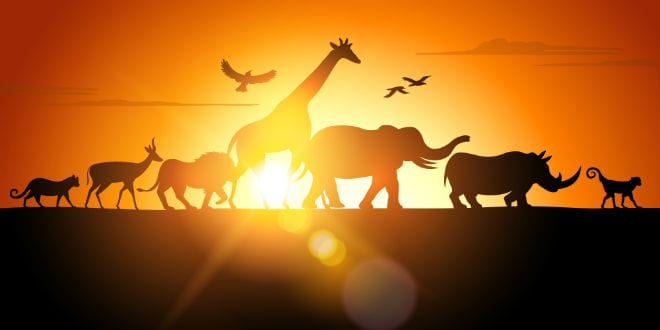 Compiled from inspiring verses found throughout the Bible, every line of the six chapters of Perek Shira (Chapter of Songs) is a message straight out of the mouths of God’s creations. From the seemingly lowly ant, to sheaves of wheat, to the proud lion, every single one of God’s creatures demonstrates appreciation for their Creator.

According to Rabbi Natan Slifkin, author of Nature’s Song, a comprehensive work describing the values taught by the poetic text, “The natural world embodies traits for us to emulate.” For that reason, Perek Shira is held in high regard as Jews everywhere, especially women, are encouraged to recite it daily.

No doubt inspired by the notion of learning lessons taught by animals, Aviva Hermelin has created an exciting book series to teach children the ABC’s of the best character traits one can possess.

Dubbed the Animals Build Character series, the four books are the realization of a dream for the author who envisioned the use of animals to teach children the importance of positive personality traits in all situations. “My goal for young readers and their parents is that the values learned through these stories will have a positive effect and begin to change their lives,” Hermelin said in a press release.

The setting for the book series takes place in the Golan Heights, a lush region in Israel’s north, which has recently made headlines amid a territorial dispute with Syria. The area was captured by Israeli Defense Forces during the 1967 Six-Day War and has been a source of controversy ever since.

In an attempt to affirm sovereignty over the widely disputed territory, Prime Minister Benjamin Netanyahu brought the weekly cabinet meeting to the Golan Heights just a few weeks ago. During the meeting he vowed, “The Golan will always remain in Israel’s hands. Israel will never withdraw from the Golan Heights.”

Creating a clear vision of the dedication Israel feels to its northern borders, author Hermelin makes the Golan Heights, a landscape filled with streams, caves, and cliffs, the backdrop for her animal characters, called the Grizzbears. Through an assortment of everyday interactions between the characters, young readers and their parents share the experience of learning essential character traits, such as compassion, helping out a friend, responsibility, leadership, prayer, and respect.

Sharing his support for Hermelin’s approach, Chaim Mazo of Mazo Publishers said that Hermelin’s books bring a fresh approach for parents to convey family values, something that the marketplace will appreciate. “These illustrated stories are structured upon thoughtful and respectful ways to live life through the eyes of a group of unique animals.”

In order to further engage the children in the Grizzbears’ lessons, there are questions for discussion at the end of each chapter, all of which are “focused on the importance of living a life based on positive values and good character traits,” said Hermelin.

The four books in the series are entitled: The Grizzbears Discover The Golan: Book 1; The Grizzbears Make New Friends: Book 2; MoMo Fox Learns How To Be A Good Neighbor: Book 3; Excitement In The Air For All: Book 4. The books are available in both soft cover and hard cover.

With an approach similar to that of Perek Shira, the colorful and inspiring stories in Animals Build Character create an ideal atmosphere to teach children important themes and concepts for personal growth and development.